It was a familiar tale for Sunshine Coast who fell just short again on Saturday, this time by a point at home to the Ipswich Jets.

The Jets slotted a 77th minute field goal to sink the Falcons who were unlucky to lose after scoring three tries to two.

There will still several positives to take out of the game as the young Sunshine Coast side dug in on the defensive end despite having just 43 per cent of possession.

Young Storm playmaker Harry Grant was solid again at hooker while Jahrome Hughes made a successful return from a shoulder injury that ruled him out of the first six weeks of the season.

Hughes played 50 minutes at fullback in a performance that will give him a platform to build on heading into the middle part of the year.

"He was a little bit rusty but Jahrome's rusty is everyone else's good," Falcons coach Craig Ingebrigtsen said.

"It was great to have him back, he brings an air of confidence to the rest of the group. He will build on that performance over the next couple of weeks."

In the other feeder game, Easts Tigers lost to Tweed Heads Seagulls 24-12. No Storm players played in the game for Easts. 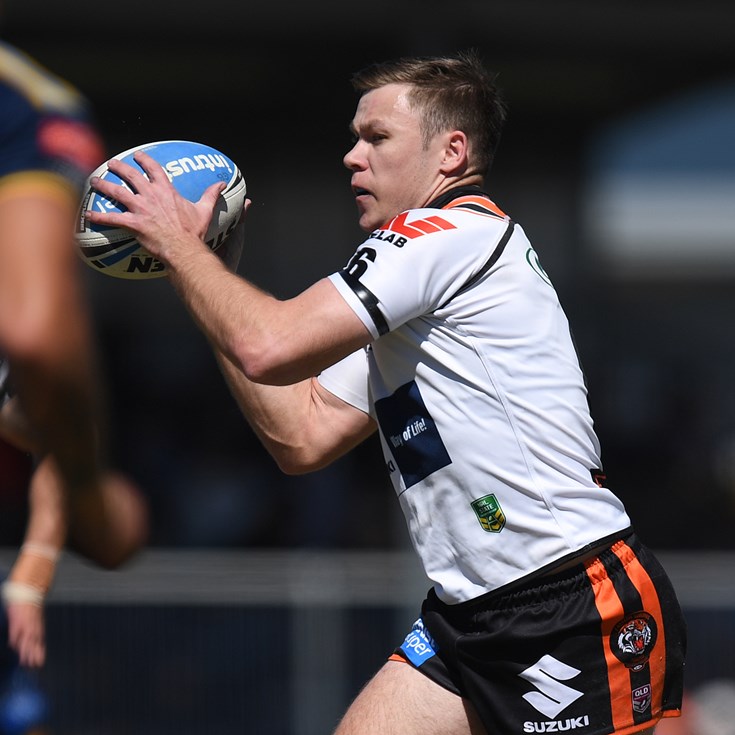