When Melbourne Storm run out for their season opener this Saturday night against the Bulldogs there will be some fresh faces standing alongside Jesse Bromwich up the middle.

With Jordan McLean missing from last year’s Premiership team there will be a new pack partner alongside the Kiwi international for Round 1.

That is an interesting subplot heading into the new campaign but one Bromwich is confident he and his fellow big men can adjust to.

“We did lose a few important fellas last year who have moved on,” the 28-year-old said.

“We’ve got a few new guys who have come in. Kasiano has come down and done a great job, Patrick Kaufusi as well. I also think a couple of the boys from last year being a bit older, it is going to pay off big time for us.”

“We’ve got Nelson there who is a year older, in terms of footy that is a long time. I think he has improved a lot over the pre-season as well as Kenny and those fellas.

“I wouldn’t say I’m the pack leader, we work as a unit. We’ve got Dale and Tim there who do a really good job and I’m really looking forward to building some combinations this year.”

The Storm forward pack faces a difficult first up test, against a Bulldogs side out with a point to prove under new coach Dean Paye.

“The Bulldogs are very aggressive, they’ve got some bodies there in the middle,” Bromwich said.

“I think Aaron Woods brings an offloading game to their pack and I know that Klemmer is pretty aggressive.

“We know what we are getting ourselves into so we plan on going over there and playing a really good game.”

Storm kick off their Round 1 matchup against the Bulldogs at 9pm (AEDT). Storm fans are able to watch the game LIVE on Fox League. 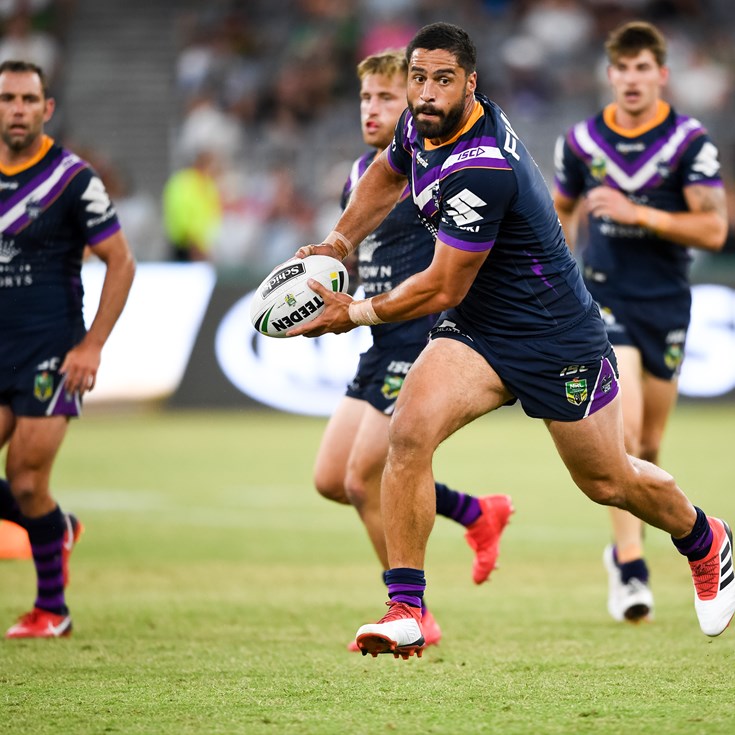 "Time to put in the work"