Jesse Bromwich is set to become just the sixth player in Club history and first Kiwi to reach the 200-game milestone for Melbourne Storm.

The powerful prop will achieve the feat when he runs out in Storm's Qualifying Final this Friday night against the South Sydney Rabbitohs at AAMI Park.

The 29-year-old is a two-time Premiership player (2012 and 2017) and was named Storm Player of the Year for three consecutive seasons from 2014-16. Only Cameron Smith (seven) has been awarded the Club's highest honour on more occasions.

Earlier this year Bromwich was also selected in the No.8 jersey for the Melbourne Storm Team of 20 Years.

Speaking to the media on Tuesday ahead of his milestone and his team's blockbuster Final against the Rabbitohs, Bromwich said he is extremely proud to be lining up for this 200th game.

"I'm very proud (of the milestone) and feel very lucky I got to this Club when I was a young kid so I could learn the way I have here and to be able to play my footy how I like too. I feel very grateful I've been able to play here and it's a good time of the year to do it too."

Since making his NRL debut in 2010, Bromwich has risen to become the leader of the Storm pack. The incredibly durable forward missed just two games between Round 1, 2011 and Round 6, 2017. While this season Bromwich has had to endure two stints on the sidelines with a knee and hamstring injury, however the forced stints on the sidelines has him feeling fresh leading into another September campaign.

"I've had some troubles this year with some injuries, previously I was getting through games pretty well, so touchwood I can keep doing that. I feel fresh with the breaks I've had this year, I'm just really looking forward to this Friday and excited its Finals footy time."

After running for more than 4,000 metres in 2015, he earned his place amongst the competition's elite the following season when he backed up his effort to earn the 2016 Dally M Prop of the Year honour.

He has also welcomed the responsibility of leading Melbourne Storm into the future, stepping into the Club's senior leadership group alongside Smith, Billy Slater, Will Chambers, Dale Finucane and Tim Glasby.

"I've been very lucky to be at a good Club and learn off some very good leaders. To start with Craig and the hard work he puts in, for me I want to be like that when I hit the training paddock or the gym and be in good shape for the weekend.

"To be lucky also to be around guys like Cameron Smith, Cooper Cronk for a long time and Billy Slater, for me they consistently train and play well and all I wanted to do when I was a young kid was to consistently train well and prepare well and hopefully I've done that over my career.

"I see that as my main role now for the young guys, especially the forwards, to show them to train as you want to play and preparing your best for a game. That's what I see as important."

Bromwich will celebrate the occasion on game day with his wife Lezyola and two sons Eli and Isaac who will run through the banner with him, whilst he will take the field alongside brother Kenny. 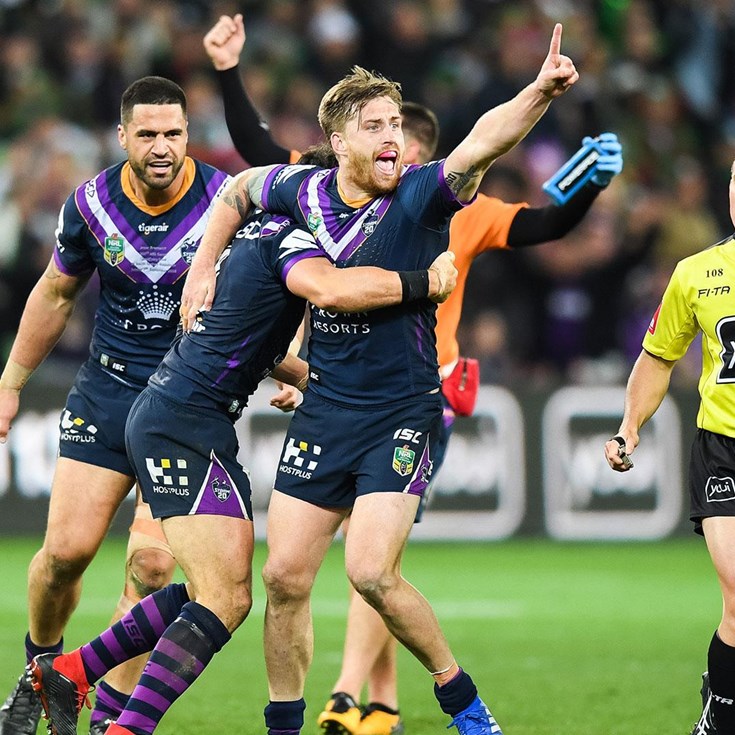