The Storm lost skipper Cameron Smith to a shoulder injury but had too much firepower for the Knights in a 26-16 win at Sunshine Coast Stadium.

Smith suffered the injury while scoring a try in the 24th minute where he landed on the point of his shoulder and suffered what Storm officials said was a low grade AC joint injury.

It was a bittersweet moment for the 37-year-old skipper as it was his 46th NRL try and equalled the career mark set by his coach Craig Bellamy who scored the same number in his 149-game career with the Raiders.

Smith celebrated his try with gusto and landed the conversion, but a minute later he was pointing to his shoulder as he told a Storm trainer he needed to be replaced.

Bellamy said in his post-match media conference that Smith was expected to miss 2-3 weeks with what appeared to be grade-two damage.

"He has got a shoulder ACJ joint [injury] and they are sort of thinking it is a grade two so he’ll probably miss two or three weeks I’d imagine," Bellamy said.

"I thought [Kenny Bromwich] should have gone outside to Josh [Addo-Carr] to make it a bit easier … but he’s got punished for equalling the try-scoring record.

"He has been pushing up in the middle so well this year and it is something he has improved in to be quite honest … and he had the pace there tonight, but unfortunately that is where he injured the shoulder in getting across the line."

Smith was replaced at dummy-half by Brandon Smith for the rest of the match as Melbourne lifted on the back of a barnstorming performance by bench forward Tino Fa'asuamaleaui to record their sixth consecutive win.

The first Storm try was made to look like a training run with Jahrome Hughes and Felise Kaufusi combining to send an unmarked Suliasi Vunivalu over for his 10th try in eight games against the Knights.

Newcastle hit back immediately courtesy of a rampaging Bradman Best and it was 6-all after six minutes.

The big guns for the Knights were high on involvement early with David Klemmer powerful through the middle and Kalyn Ponga and Mitchell Pearce constantly probing.

Cameron Munster made a clean break mid-way through the half but had no support with Ponga making a cracking head-on tackle to save a try.

Early on the Knights looked a much-improved outfit to the one that was beaten by the Bulldogs the previous week. Mitch Barnett epitomised their intent with a bone-jarring hit on Ryan Papenhuyzen after he chased a kick with conviction.

Kenny Bromwich burst into a narrow gap and looked inside to find Smith in support to race away and score. However soon after landing the conversion Smith went up the tunnel with a shoulder injury.

Minutes later Papenhuyzen collected a Ponga kick at speed on his 10-metre line and hit the after burners to streak away and score in the corner.

Vunivalu and Storm centre Marion Seve caused the Knights defence plenty of grief in the latter stages of the half with Munster landing a penalty goal to give Melbourne an 18-6 lead at the break.

In the 50th minute Knights bench forward Pasami Saulo was sin-binned and placed on report for tackling Hughes late and in the air as he kicked.

Munster landed another penalty to take the lead to 20-6 as the Knights lost discipline with and without the football.

Saulo sent to sin bin for dangerous tackle on Hughes

Ponga got his side back in the game with a double-pump to send Aidan Guerra crashing over in the 61st minute and converted to cut the Storm's lead to eight.

However the Knights let the ball go dead from the kick-off. Melbourne believed they had inflicted the killer blow soon after as Vunivalu leapt high to collect a Hughes kick, but desperate scrambling defence forced the ball free before he could ground it.

Craig can relax... skip has a low grade AC joint injury. He won't be back today.

Fa'asuamaleaui soon put the game beyond reach when he stormed onto a Papenhuyzen pass and swatted Ponga away to race 25 metres and score.

The Knights refused to wilt and a Kurt Mann grubber was brilliantly scooped up in one motion by winger Enari Tuala in the corner but it was too little too late.

The Storm remain in second position on the Telstra Premiership ladder while the Knights will be left to rue a number of coach-killing errors through a second half where they otherwise showed plenty of grit. 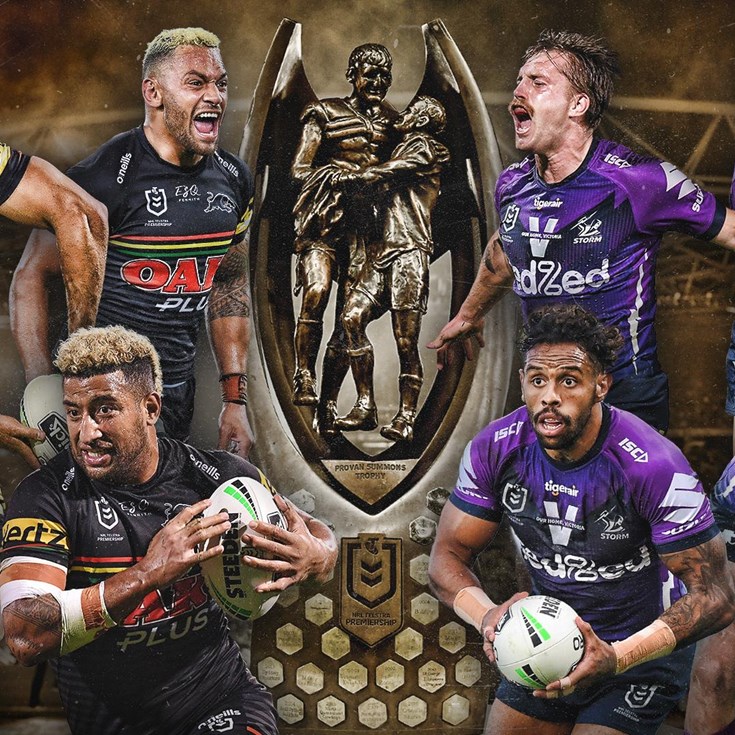 Smith to make call on future 'sometime after grand final'