We take a look back at significant moments in the club's history during this week in years gone by.

1991: St Kilda AFL club consider moves to relocate a Sydney league club to Melbourne. Their aim is to become partners in a multi-million dollar poker machine palace in Moorabbin.

2015: Fullback Billy Slater is forced to withdraw from Australia’s line-up for the Anzac Test against New Zealand after failing to recover from a shoulder injury.

2010: Melbourne players abandon thoughts of appealing the NRL’s sanctions for the club’s salary cap excesses, instead pledging to their fans that they will concentrate on playing for pride for the rest of the season.

2014: Former Melbourne Storm CEO Brian Waldron finally offers an apology for his role in the Storm’s salary cap scandal of 2010. In a website article Waldron admitted to “inappropriate actions” which led to the club being fined $1.6 million, stripped of two premierships, three minor premiership titles and the World Club Challenge title in 2010.

2005: The Victorian Government confirms that the Olympic Park precinct will undergo a $100 million redevelopment for completion by 2008.

2017: Melbourne fullback Billy Slater scores his first try in almost two years – and finishes with a double – as the Storm overpower St George Illawarra 34-22 in a top of the table clash at WIN Stadium.

2013: Melbourne tie up centre Will Chambers for a further four seasons.

2010: Four Melbourne Storm players are named in the Australian side to meet New Zealand at AAMI Park – Billy Slater, Greg Inglis, Cooper Cronk and Cameron Smith, while Sika Manu and Adam Blair are chosen in the Kiwi team.

1998: Victorian premier Jeff Kennett prepares to make a formal approach to the NRL to have the Melbourne Storm included as the Victorian representative in an expanded State of Origin series. 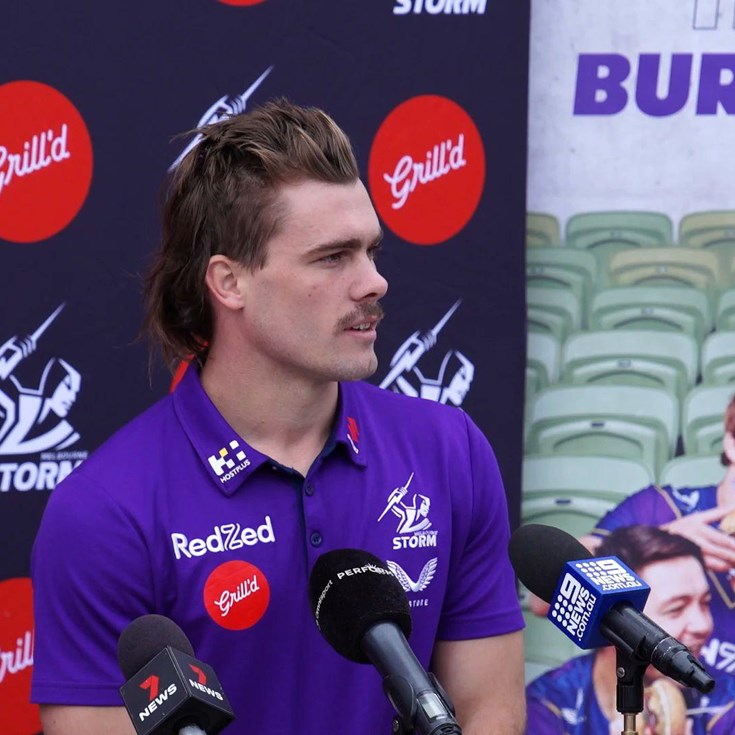