Aaron Booth didn’t need to ‘win’ Melbourne Storm’s infamous pre-season camp to prove he never gives up, he has shown that with the way he has fought back every time from major setbacks.

The Easts Tigers hooker spent time this past pre-season training with the NRL club and impressed the judges who thought his performance during the gruelling “IDQ” or "I Don’t Quit" camp - displayed the most endurance and resilience.

While honoured to gain the recognition, Booth thought the work he did beforehand to earn the opportunity in their pre-season squad in the first place was just as important in setting himself up for a brighter 2020.

“I have had a few injuries, so I have had to be patient in my time. The year before (in 2018), I missed the entire season, so I felt good coming back (last year), but my meniscus got damaged and obviously I had to go under the knife, which was something that couldn’t be avoided and then yeah, at first, for the first couple of months after the surgery, I was ‘no go’ for the year, that is what I was told,” the Mullumbimby Giants junior said of the long-term injury he suffered 10 rounds into the season.

“I was feeling like my year was going to be a bit nothing in a sense, so I decided that if I could get back, I would do everything I could and Sipps (then coach Scott Sipple) told me that if I put in the work, and I could get there, he would let me come back if I could get a clearance, and obviously, I got there in the end (and played in the second week of finals).

“It was a hard job and I put in a lot of effort. I just had that goal to get that last game in and ... I almost got a second game ‘cause we almost took out that semi (against the Falcons).

“It was a decent road to get there, but I put in the work to get there and it was good to finish the year and just getting that game was enough for me.

“It made me feel good about the season and getting that last game in made me realise why I was playing ... and to get rewarded with Melbourne, it sort of all built up.

“I don’t think I would have had the Melbourne opportunity if I hadn’t put in that work, so everything sort of worked out really well for me over the last six months and I am feeling really good coming into this year, especially with this group.”

Run by Special Operations Group operatives, the IDQ camp has been designed to test players  - both physically and mentally - and is a key pillar of the Storm’s preparations each season and Booth said to complete it, “you just have to find yourself in pretty dark places and keep pushing through”.

“You have a lot of people around you that are doing it with you and you sort of look to them, you know how much they are struggling ‘cause you are feeling it yourself and you sort of feed off each other in that sense,” the former South Sydney Rabbitohs Under 20 representative said.

“I gave it my all the whole time. I think every little drill that we did, I was doing my very best to win it, even though it was as a group, I was still trying to win it for my own perspective, so I think my determination to push helped me.

“It was just performance overall – I felt I had a voice to help some of the younger dudes, even though I was just there on a trial, I felt like I sort of helped out with a bit of experience, definitely not to that level, but I have done similar things in the past.

“I fell asleep on my feet – yeah, there were a few times there were you wondered if you could keep going, but somehow your body has a lot more than you think it does before you do something like that, so coming out the other side was pretty rewarding feeling. Pretty much the most rewarding feeling.”

While the camp and coaching staff decided on the best overall performer, there was no one who agreed more with their decision than Booth’s close friend and Sunshine Coast Falcons ace Nicho Hynes, who he played with at the Mackay Cutters.

“It’s pretty cool to have that footage and to look back on it, he is a special mate of mine... he’s a real close friend and we have done a lot together,” Booth said.

“We spoke it years ago when we were living in Mackay, about both of us getting to Melbourne and all this, and it sort of was living out in a sense in that period and ... he was the first person there to congratulate me and it was cool and afterwards he was pretty excited for it and it was cool to have that experience with someone that’s close to you.”

They got to play together again, this time in Storm colours, in Melbourne’s trial win against the New Zealand Warriors late last month.

Overall, just experiencing the pre-season with the Storm was something else as well for Booth, who appreciated the chance to just focus on improving his skills.

“It was cool to be there in a full-time environment, and not have the daily struggles of working and doing all that, not having to slave the body (at work) and spending all day just on your craft, it was cool to experience that,” Booth said.

“When I was talking about coming back (to Easts) for this year, it was something that was brought up after last year being with the club, they were happy with how I went so it was sort of a reward for that, and I am glad I got to do it.”

So far in his career and life, embracing big changes has produced big rewards for Booth, who packed up his life in Sydney to join the Intrust Super Cup competition in Mackay, which has set him on his current path.

While he was also looking into getting back into his nursing studies this year, Booth said he hoped his amazing pre-season was just a sign of things to come for himself and the Tigers.

“I have always thought big change is good change, especially when things start to get a bit stagnant ... I thought 'why not throw a spanner in there and (move to Mackay)' and it worked out well for me and I am here now, and things are running really well,” Booth said.

“The top goal obviously is to win (the competition) – obviously there’s a lot that has to happen to get to that stage.

“(But also) enjoying it, a lot of it can be serious, but you have to have fun with it, so I am looking to have a good year, winning and enjoying it with my mates.” 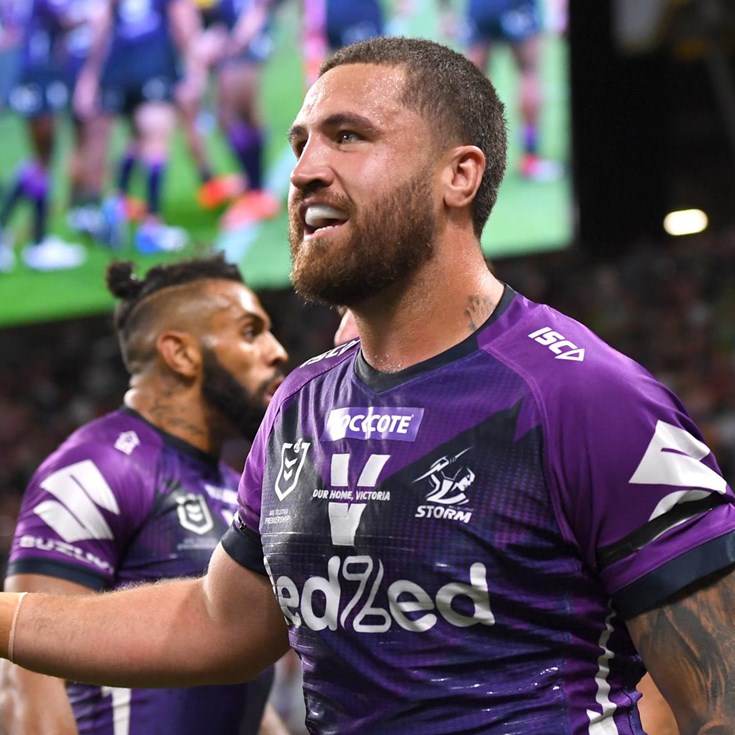 Every try from finals week 3