There is strike power across the park in both teams and fans are set to be treated to a spirited contest when the Sunshine Coast Falcons host the Easts Tigers in their elimination final on Sunday.

One of the key match ups will be the battle of the two five-eighths, Billy Walters for the Tigers and Cooper Johns for the Falcons.

Put aside the fact they both come from famous rugby league families - Walters is the son of former Maroons star and current Queensland coach Kevin Walters and Johns is the son of former Newcastle and NSW representative five-eighth Matthew Johns - the parallels of their season this year have been striking.

Both are currently contracted to the Melbourne Storm where they train together during the week and both have played key roles in steering their teams to the finals.

The two chirpy five-eighths have also overcome their fair share of setbacks and have worked hard to get themselves back on the field after injuries disrupted their season.

Unfortunately for Johns, a foot injury robbed him of the opportunity to play in the New South Wales Under 20 Origin side in July this year, while Walters was able to achieve his dream of an NRL debut, playing for the Storm in Round 16 against St George.

After losing their past eight games of the regular season, the Tigers roared back into life in the first week of finals to knock out the Devils; the Falcons suffered just their second loss of the season (Ipswich also held them to a draw in Round 23) when the Blackhawks proved too strong last weekend.

This weekend’s elimination game, which will be shown live on FOX3 and Kayo, will be closely watched by Kevin Walters, who not only takes a keen interest in his son’s football, but in the Intrust Super Cup as a whole.

“It was a really good team effort from Easts last week to win that game and I think if Easts can play to that level this week, they will give themselves every chance against the Falcons,” Walters said.

“There’s enough talent there in the Easts side to go deep into the finals.

"It’s a matter of the players all getting it right individually and as a team. And Bill can certainly play a lot better this week, I am sure he is aware of that.”

Walters also touched on the scenario which saw great mates off the field Billy and Cooper train together during the week, then aim to knock each other’s teams out on the weekend.

“I’ve never sort of seen that situation too much when they are training with them all week and then all of a sudden, they have to play against them,” the six-time premiership winner said.

“They are good mates as well away from footy ... (but) knowing how competitive both players are, they will want to win and that is the case with all the Melbourne Storm players... they are very competitive amongst each other and makes it a little bit more interesting on the weekend when they have got to come up and play against each other.

“I know from memory in the earlier rounds (Round 6), the Falcons put a pretty big score on the Easts boys, so that’s something they would want to turn around I imagine.

“It’s going to be an excellent game, that’s for sure.

“I wish both teams the best of luck – but the Tigers a little bit more.”

With all to play for this weekend, with the Tigers hoping to take a step towards earning the chance to turn around last year’s result against Redcliffe by earning a place in this year's grand final and the Falcons desperately hoping to avoid ‘sliding out the back door’ with back-to-back finals losses, this game is not to be missed.

With the support of the Sunshine Coast Stadium, Sunshine Coast Council and the Falcons, Queensland Rugby League is offering free entry to all emergency services staff and volunteers at this game as a thank you for all the work done during the week, saving properties and lives. 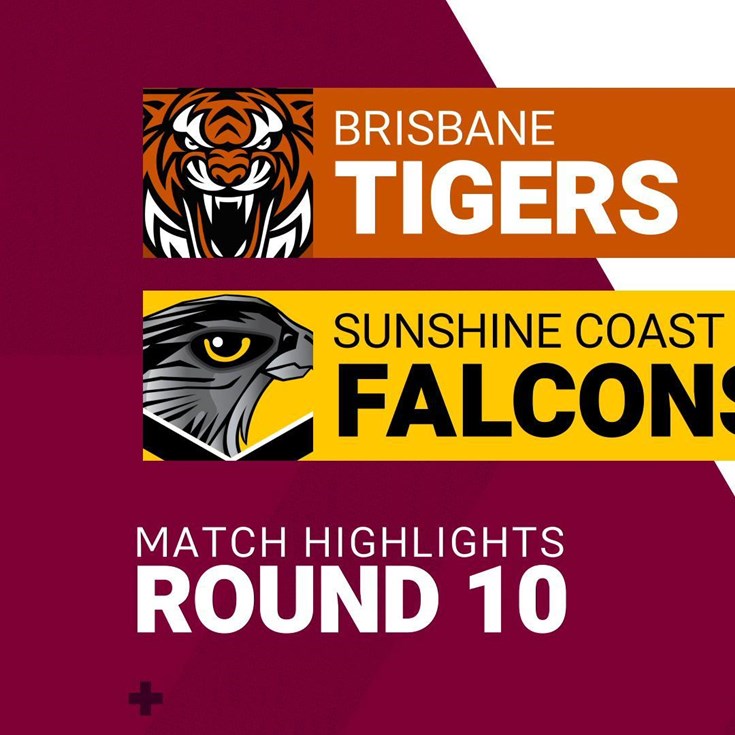