After having just 683 run metres in the first half, Melbourne almost doubled that in the second. Starved of possession with just 37 per cent in the opening stanza, the Storm attack went to work after the restart. Their efficiency was up after half-time with just three incomplete sets which was ultimately the deciding factor in wearing the Titans down.

You would think it would be impossible for Billy Slater to set a personal best at 35 years of age but that is precisely what the champion did on Saturday night. In his final game in Queensland, Slater ran for more metres than he has in any of his previous 315 NRL games. It was 162 metres more than any other Storm teammate and he even added in two line breaks and nine tackle busts for good measure. What a fitting way for the greatest fullback of all time to sign off in his home state.

The concern leading into this game was around the fitness of Cameron Smith after the Storm skipper picked up a back injury the previous week. However 53 tackles later and those concerns have likely been put to bed. Smith recorded his equal second most tackles this season as well as getting the ball in his hands on 122 occasions, also the second highest for the year.

Three successive Minor Premierships now sit entirely in Melbourne's control. Both the Rabbitohs and Roosters suffered defeats yesterday which means Craig Bellamy's men need only a win to ensure the J.J Giltinan Shield can stay right where it belongs. Even if Melbourne lose next Friday night, its superior points differential over the Roosters (+32) and Rabbitohs (+75) would mean there would have to be some big scores put up to knock the men in purple off their perch. 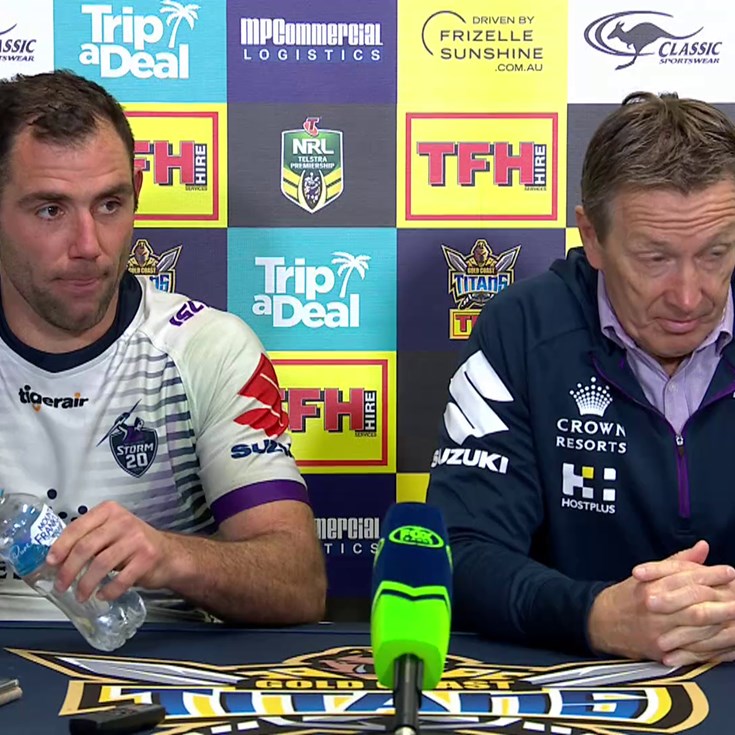