Sometimes all it takes is a healthy dose of perspective.

Christian Welch understandably thought his world had come crashing down last April as he was being consoled by teammates in the dressing rooms in Wollongong.

The young prop had just ruptured in ACL whilst playing against the Dragons, spelling the end of what had been a bright start to his year.

Faced with the certainty of watching his teammates chase the ultimate dream without him, Welch was at his low point. That was until a trip to the hospital changed his mindset.

“I went to see the surgeon at the Epworth Hospital in Richmond and I was walking past people in wheelchairs and cancer patients, the reality hit me a bit then that it’s not that bad, it’s just a bung knee,” Welch said.

“We are privileged as professional athletes and it is our full-time job to recover. I’ve had mates who have done the ACL and have to work 10-12 hours a day on the tools and are then expected to do the rehab.

“From that regard it gave me a bit of perspective. I had plenty of off field things like my university degree which was good to devote a bit of time to.”

Now a graduate with a Bachelor of Commerce, the 23-year-old is ready to run head on into the 2018 season.

Welch was amongst Storm’s best in the World Club Challenge win over Leeds Rhinos on Friday night, providing a huge impact in 45 minutes off the bench.

To earn the crown of world champions on AAMI Park was the perfect exclamation point on the comeback that seemed a long way away from that afternoon in Wollongong last April.

“Being able to play in that World Club Challenge was really enjoyable for me for be a part of that with some silverware,” Welch said.

“Just to be back amongst that team is something I am really grateful for.” 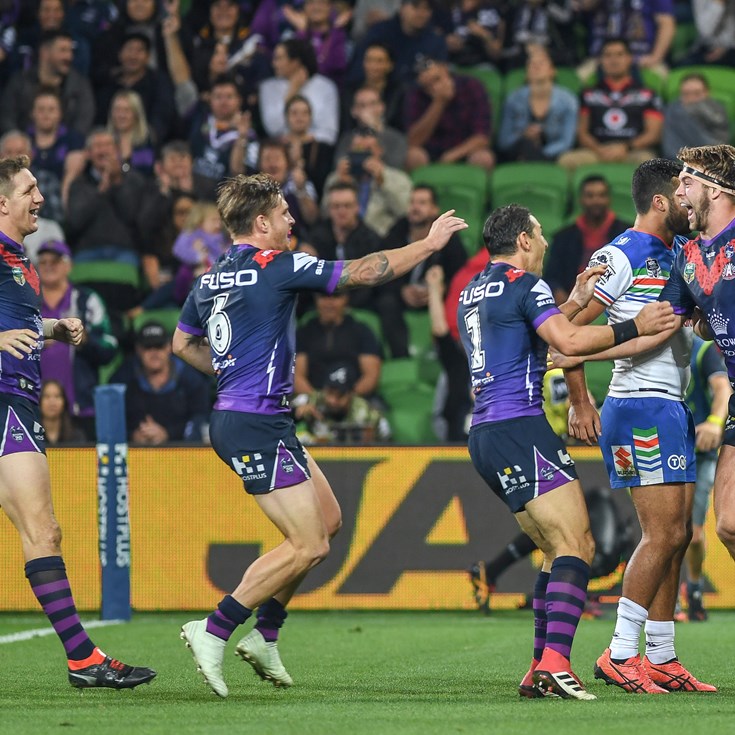