A gritty Melbourne performance saw Craig Bellamy’s side edge the Sharks with a 18-13 win on Thursday night.

It was a top of the table clash that lived up to the billing. Both sides traded blows with the momentum swinging constantly at Shark Park on Thursday night with the visitors eventually proving too clinical in the big moments.

A classic Cameron Smith 40/20 in the second minute of play gave his side their first attacking opportunity of the contest.

Capitalising, the Storm skipper then played in Felise Kaufusi who opened the night’s scoring to give Melbourne an early advantage.

Smith’s sharp work out of dummy half came to the fore once again when the Storm number nine sent front-rower Tim Glasby through the Cronulla defence.

With the home side working their way into the contest, Melbourne stood tall in defence after conceding multiple penalties while holding out the Sharks who earned repeat sets on their try line.

Shane Flannagan’s side eventually broke the purple wall just before the half hour mark, scoring through Luke Lewis off a piece of broken play.

Neither side could add to the scores before the break despite both looking dangerous in attack.

Coming out of the sheds with full of energy, the Sharks edged closer thanks to a Sosaia Feki try.

With the feeling in the contest growing, Melbourne went close to finding an all important response however Josh Addo-Carr was ruled to have knocked on in his attempt to ground the ball ahead of a duo of Sharks defenders.

The contest was then taken into a deadlock with 20 minutes remaining as Cronulla arrested the momentum, kicking a penalty goal to takes the scores to 12-12.

Cameron Munster’s unsuccessful field goal attempt in the 68th minute left the scores locked with Storm then forced to defend up the other end as Cronulla made the most of their opportunity, striking through James Maloney.

Trailing by one-point, Billy Slater came up with a big play just six minutes out from full time, sending Felise Kaufusi through for his second try of the night to help Storm regain the lead and seal victory. 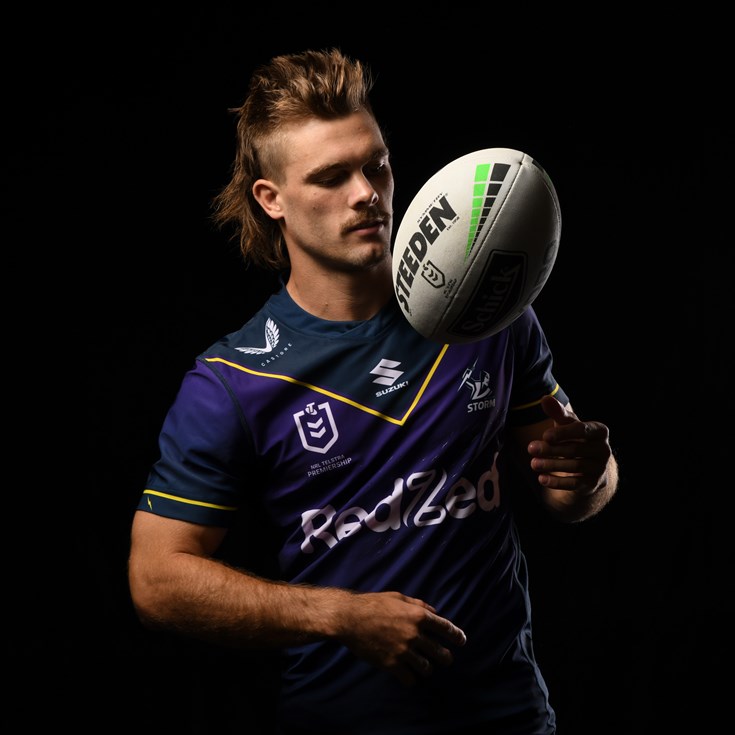 Presented By Hostplus 20 mins ago

Presented By Suzuki 3 hours ago