The two dominant clubs of recent times face off on Thursday night, with both coming off strong last-start victories.

At least one of these clubs has appeared in each of the past four NRL grand finals, with the Storm featuring in 2016, '17 and '18 and the Roosters playing in (and winning) the past two.

The premiers downed the Dragons last week without nine injured players and having dropped regular halfback Kyle Flanagan. Melbourne, meanwhile, defied the absence of injured skipper Cameron Smith to blow the Bulldogs away early on the Sunshine Coast.

While neither club is at full strength, this could still be an early preview of this year's premiership decider.

Roosters: Ryan Hall is a late out, with Christian Tuipulotu making his debut on the wing, Nat Butcher named in the front row and Lindsay Collins to come off the bench. Max Bailey, Kyle Flanagan and Egan Butcher were the other players to drop out of the initial 21-man squad.

Josh Morris is back from a calf injury at centre, allowing Mitch Aubusson to return to the back row. None of Jared Waerea-Hargreaves, Boyd Cordner, Angus Crichton or Brett Morris will return this week.

The Roosters have won 11 of their past 12 games at the Sydney Cricket Ground.

Epic incoming: Another chapter of the NRL's great modern rivalry

Storm: Fullback Ryan Papenhuyzen and lock Dale Finucane are back after a week's rest while Ryley Jacks starts at five-eighth for the injured Cameron Munster. Tino Faasuamaleaui and Nicho Hynes revert to the bench.

Brenko Lee returns from a broken hand and starts at centre, bumping Tom Eisenhuth to the bench. Albert Vete and Sandor Earl dropped off the extended bench on game day after Cooper Johns and Chris Lewis were omitted 24 hours out from kick-off.

Not one member of the Storm's line-up has experienced a victory at NRL level at the SCG.

James Tedesco v Ryan Papenhuyzen. Tedesco is coming off his quietest performance of the season, with a season-low 182 run metres and zero tackle breaks against the Dragons. Papenhuyzen, meanwhile, was rested from last week's win over the Bulldogs, perhaps in anticipation for this bigger match-up.

It means both star fullbacks should be feeling relatively fresh for this clash, with either capable of producing a match-winning play out of nothing.

These teams played out the game of the season in round eight, Melbourne prevailing 27-25 in golden point. In a sign of just how much a battle of attrition this season has become, six of the nine players who scored points in last month's match – Paul Momirovski, Cameron Smith, Ryan Papenhuyzen, Kyle Flanagan, Josh Morris and Brett Morris – didn't take the field last week. 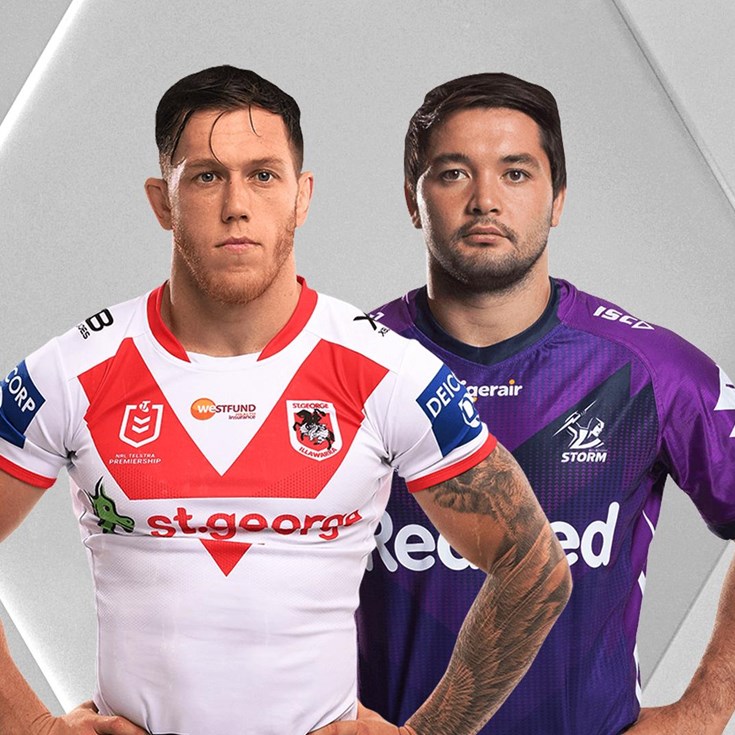