April 2020 will become a unique chapter in the club's history given the unprecedented COVID-19 pandemic.

While this April will forever be remembered as a limbo month between part one of the Telstra Premiership and the resumption of our home and away campaign, we take a look back at significant moments in April in years gone by.

2006: The NRL returns to Adelaide after an eight-year absence when Penrith and Melbourne clash at Hindmarsh Stadium. Fullback Greg Inglis scores a hat-trick of tries in the Storm’s 40-18 victory.

2015: Melbourne CEO Mark Evans announces his surprise resignation after two years in the job, leading to the appointment of current CEO Dave Donaghy.

2016: Both wearing jersey number 22, rival wingers Suliasi Vunivalu (Melbourne) and Josh Addo-Carr (Wests Tigers) score tries on debut as the Storm pip the Tigers 19-18 in golden point at Leichhardt Oval. Vunivalu’s try came less than 60 seconds into his maiden appearance in the NRL.

2008: Melbourne coach Craig Bellamy signs a five-year contract extension to stay with the club until the end of the 2013 season.

2015: The Sydney Roosters slump to a third consecutive defeat when they fall 17-16 to Melbourne in a match of outstanding quality at AAMI Park.

2002: Melbourne youngster Michael Russo prepares to return to football 10 days after he was involved in a serious car accident with teammate Marty Turner.

2018: Melbourne fullback Billy Slater is awarded a try in highly controversial circumstances after he is ruled to have legitimately drop-kicked the ball into the in-goal before touching down in his team’s 34-20 defeat of the Broncos. 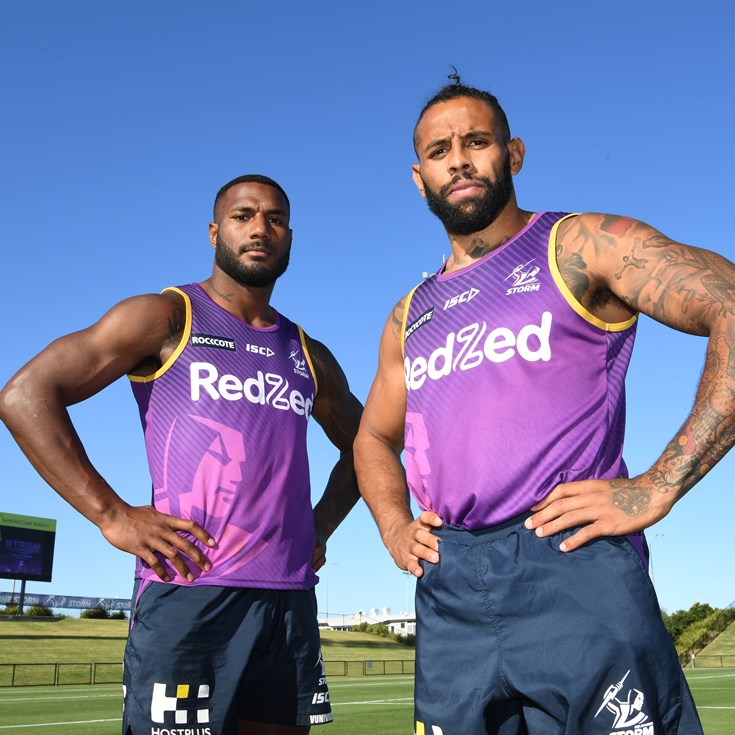