Maroons five-eighth Cameron Munster admitted to playing a "terrible" match in the 38-6 loss to NSW and has warned Queensland must find the hunger and desire that was lacking or risk having their "pants pulled down" again in the State of Origin series decider in Sydney.

Munster made 89 metres from 15 runs but didn't make the impact with the ball he did in Queensland's Game One win at Suncorp Stadium. He made 14 tackles and missed two, one of them a crucial miss on Tyson Frizell which gave NSW a 12-6 lead.

"It was probably one of the worst games I have ever been in. It was me as well. My performance was terrible tonight," Munster said in the sheds after the game.

"I need to be better and I will be better. I know that for a fact. Everyone has one of those kind of games and unfortunately mine was tonight.

"If I get picked, fingers crossed I do, I know I will need to be better and we can have that belief that we did in Game One."

Munster has forged a reputation for being as tough mentally as he is physically but it was an area that he said he was found wanting early in the match.

"I let their second-rower [Frizell] go through and I can't afford that. I know I am better than that."

Munster was also disappointed with his own game management while conceding the Blues out-performed the Maroons on every benchmark.

"You just can't give teams like that the ball. We didn't get to our points or our kick and were always kicking out of our end and they were catching the ball on the 40-or 50-metre line," he said.

"It gave too much space to their backs and when you do that with teams like the other state they will make you pay.

"They ran harder than us, kicked better than us and defended way better than us when they needed to. They were more aggressive in defence and with the ball and we can't afford to do that in game three otherwise we'll have our pants pulled down again."

The lopsided nature of the result shocked the Maroons. There was a sombre mood in the dressing sheds after the match. Munster said the "hurt" amongst the playing group needed to be translated into actions in the decider at ANZ Stadium on July 10.

"We are humble in defeat. Origin is not an easy game. We got the win in Brisbane and it is going to be a hostile crowd in Sydney," he said.

"It is backs against the wall now and we just have to show our fight and what this Queensland jersey means to everyone that puts it on in game three.

"I am sure everyone is hurting right now… family, players and supporters as well. We need to be better for our state. The plan was to win [the series] tonight but we showed we just didn't have that hunger and desire. We need that in game three. I knew they were going to come out hard but as a 17 we just didn't turn up."

Munster wants his return to ANZ Stadium for the first time since his admitted poor performance in the 2018 grand final will be a triumphant one.

"I haven't been there since then. It will be a great feeling to play well for myself and our team and get the 'W'," Munster said.

"I like playing big games. I know tonight was a big game and I didn't have the benchmark and play the way I wanted to play." 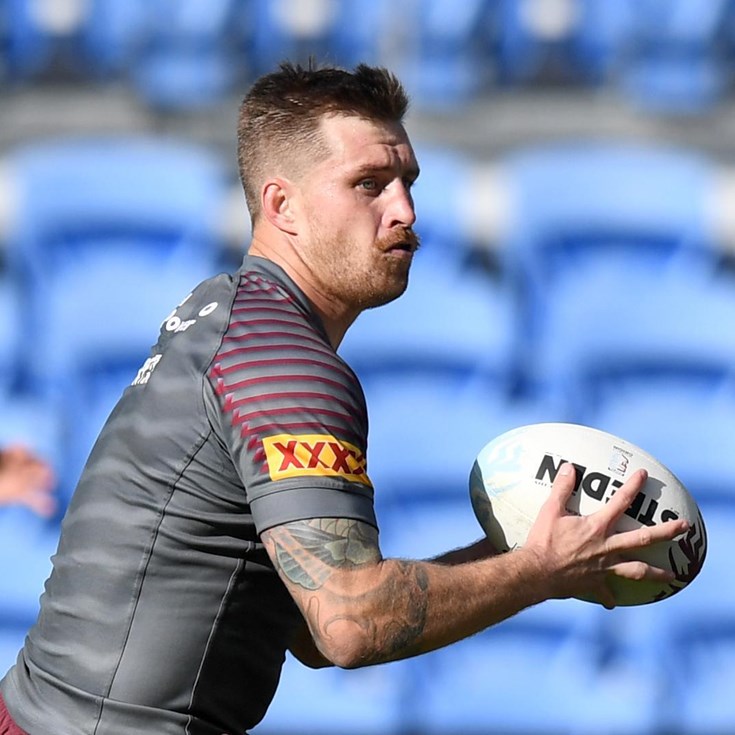 'I'll bring a bit of larrikin' - The many sides of Munster

'Diamond in the rough' - the making of Munster