It's off to Perth for the all-important Origin II, with Optus Stadium serving as a neutral venue after the Maroons claimed the series opener on June 5 at Suncorp Stadium.

The equation is simple: the Blues must win to keep the series alive heading to Sydney for game three, while the Maroons are out to clinch their 12th series in 14 years.

NSW have lost players to injury and made several other changes as they chase the right formula to force the series to a decider.

Blues: Dale Finucane has been promoted to the starting side at lock with Jake Trbojevic moving to prop and Paul Vaughan to come off the bench. Blake Ferguson, Tom Trbojevic and James Maloney return to the NSW backline along with Jack Wighton, with Daniel Saifiti to start up front. Tariq Sims and Wade Graham are the new inclusions on the bench.

Maroons: No late changes for the Maroons. Tim Glasby and Jarrod Wallace join the Queensland bench in place of injured forwards Jai Arrow and Joe Ofahengaue, with Dylan Napa promoted to the starting side.

No other game presents multiple mouth-watering match-ups like Origin, but it's hard to go past the battle of the No.9s - Damien Cook v Ben Hunt. Cook shaded James Tedesco as the Blues' best player in game one, while Hunt silenced his critics by sparking the Maroons to victory with a superb second-half display. Cook's the best hooker in the world not named Cameron Smith and Hunt has to pick up where he left off in Brisbane to match it with his hooker rival.

For the Blues to win

After starting so well in game one, the Blues allowed themselves to be run down in the second half. Maybe it wasn't a full-blown choke, but they certainly struggled to handle the pressure when the Maroons, invigorated by deafening hometown support, took control after half-time. Another close contest seems inevitable and Brad Fittler needs to remind his leaders and playmakers to keep the team focused and calm in crunch time.

For the Maroons to win

They were out of sync in the first half of game one but did enough to stay close before stealing the Blues' thunder in the second half for an 18-14 win. Kevvie Walters has his team in the box seat but they can't show up with the same game plan and expect to win. Walters and his play-making trio of Munster, DCE and Morgan have to conjure a couple of new tricks to keep Fittler and his troops guessing.

Ben Hunt topped the tackle count in game one with 53, while Damien Cook was second with 45. Dane Gagai posted the most run metres (270), with James Tedesco second (254). Kalyn Ponga was instrumental in the 18-14 win, finishing with two try assists, two line break assists, seven tackle breaks and one line break. 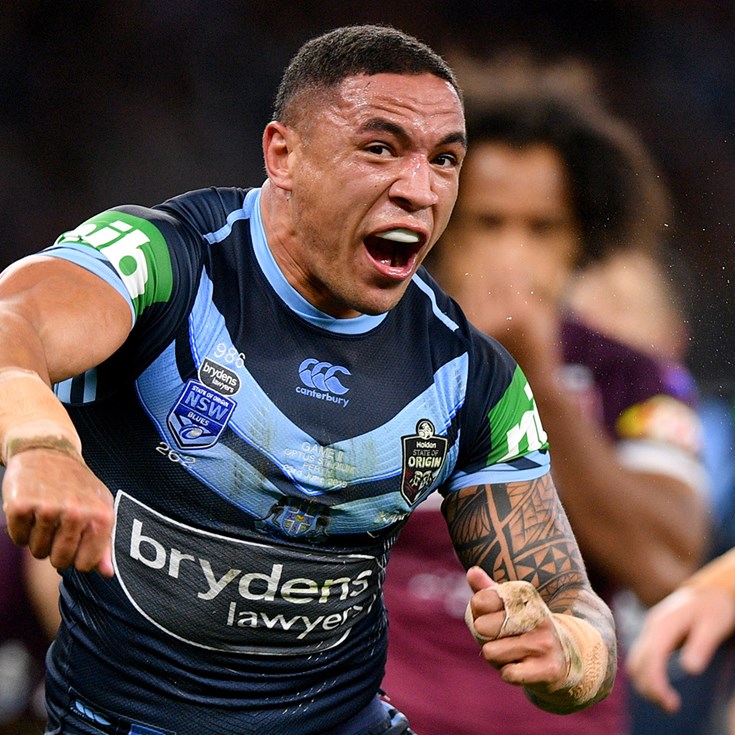