It seemed that all of his life Joe Stimson was eyeing off this season.

The departure of Tohu Harris meant there was an opening in the second row however the immediate arrival of Ryan Hoffman resulted in Stimson continuing to face fierce competition for a spot in the side.

In a testament to the 22-year-old's mindset and motivation, he not only embraced the challenge but thrived.

Stimson missed selection in Round 1 but came into the side and rarely relinquished his place after that, playing a total of 24 games for the year on the back of his 15 appearances in his debut season.

He averaged more than 25 tackles per game as he begins to build a reputation as a workhorse in Craig Bellamy's side.

The experience of playing in his first NRL Grand Final will no doubt help to take the rising star to a new level in 2019. 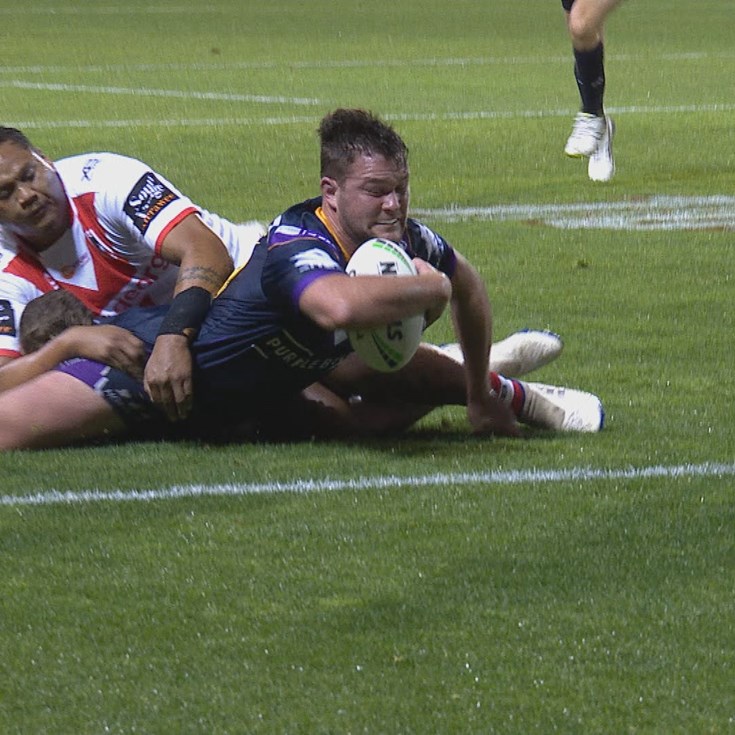 Stimson squares it up for the Storm

In Pictures: Round 23 v Eels

The fill-in halfback turns it on