Melbourne had a clear intent to offload the ball as much as possible. The 17-2 count is clear evidence of that. Given the attacking weapons this side possesses, such a willingness to throw the ball around generally equates to free-flowing play and a flurry of points. That appeared the way in the first half however South Sydney found a way to lock down after the break and swing the momentum.

To allow that many line breaks is incredibly uncharacteristic of this Melbourne Storm defence. Usually rock solid and compact, the Rabbitohs carved their way through gaping holes in the second half. There will be plenty of those moments that will no doubt highlight the reviews early in the week so expect those holes to be well and truly closed by the time next Sunday rolls around.

The shining light on Friday night was the performance of Melbourne Storm's left edge. Three of Storm's four tries on the night came through Josh Addo-Carr and Curtis Scott who hugely impressive given things did not go all their own way. Addo-Carr had a team-high six tackle breaks while Scott led the side with 197 running metres. It is hard to believe the pair have only played 86 NRL games between them - their upside is scarily good.

Friday night's result has seen the log jam continue at the top of the NRL ladder. Before Saturday's games, two points separated the Rabbitohs (1st) and Storm (2nd) while the same margin sits between Melbourne and the Roosters (3rd) and Dragons (4th). With a competition so tight it can be quite slippery slope should you hit a stumbling block. Craig Bellamy's side are still guaranteed to be at least two points clear inside the top four at the end of this round but it certainly makes for fascinating viewing over the final month of the season. 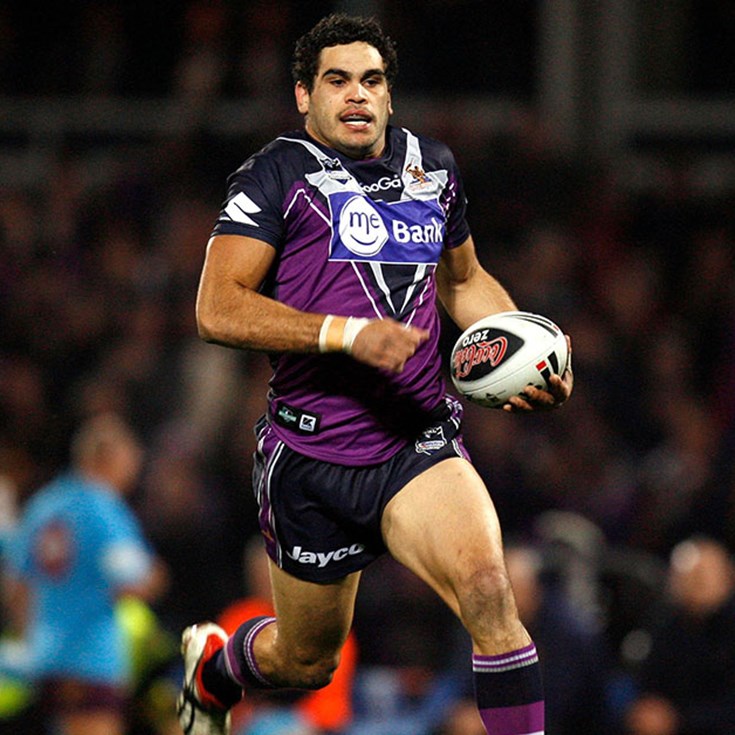 Being hunted is nothing new

Patience paying off for Stimson