Cameron Smith is always an asset and an A-grade one at that, however he will prove his weight in gold for Melbourne more than ever during this year's Origin period.

After announcing his retirement from representative football three weeks ago, Storm are relishing having their skipper in purple for the entirety of the Origin period.

"I'm not sure what he's thinking but I'm sure he's made the right decision retiring from Origin," Storm Coach Craig Bellamy said following the captain's Man of the Match performance on Sunday.

"He's been a great help during the week with the other Origin players away.

"He always steps up but he's even been a little bit more vocal this week and a little more reassuring for the new players coming in.

"To go out and perform like he did is a real credit to him. He was outstanding."

The NRL games record holder admitted not being involved in this year's Origin series has certainly freshened him up when it came to games in the purple jersey, and that can only be a good thing for Storm fans.

"I've probably had a bit of an extra bounce in the step at training and around the place.

"It's a really important period for our club with our standing on the ladder and also going through the Origin period.

"All the players involved are crucial players to our side." 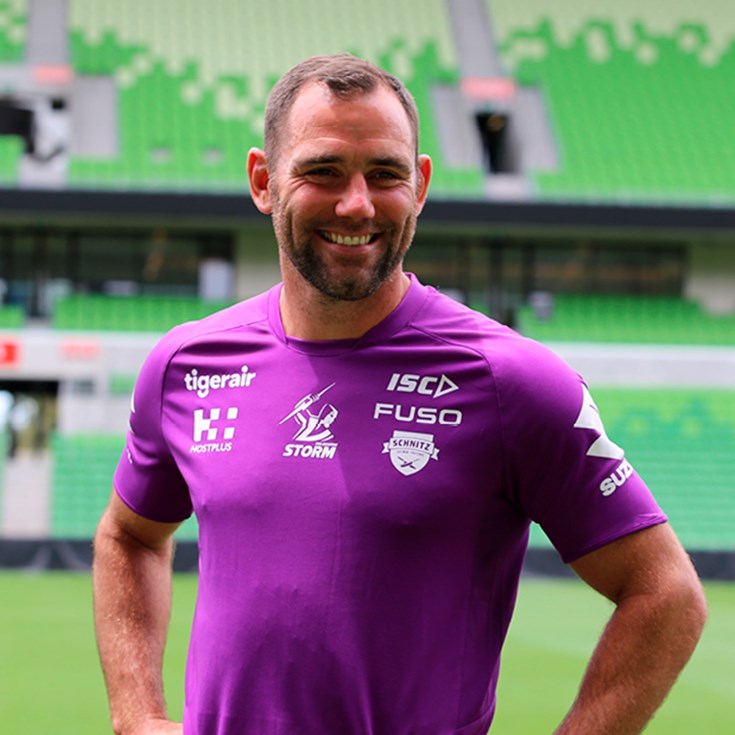 The skipper signs on