The equation for Cronulla is simple, win and they're into the finals, but providing the correct answer requires getting the better of competition leaders Melbourne.

And the task only got harder with the Storm stinging from a shock last-start loss to Parramatta which cost them a record-breaking 20th consecutive victory.

Josh Hannay's team will certainly need to be far more clinical than they were beating Brisbane 24-16 in the first leg of the Suncorp Stadium double-header.

But circumstance may give Cronulla a leg-up with Storm coach Craig Bellamy  indicating he will rest players to prepare for the finals and a number of others having put themselves in the match review committee's cross-hairs.

Sharks: The final team is 1-17 with Matt Moylan's return to the starting side pushing Luke Metcalf to the interchange and Kai O'Donnell 18th man.

The Sharks can confirm their place in a seventh consecutive finals series with a victory.

Storm: Two further game day changes were announced with Trent Loiero into the squad as a starting back-rower, pushing Aaron Pene to the bench and Jordan Grant to 18th man, while Daniel Atkinson displaced Cooper Johns on the interchange.

George Jennings (knee) was named on Tuesday but was ruled out through the week with Isaac Lumelume to start on the wing.

Nelson Asofa-Solomona (hamstring) had a false start in his return to the paddock last week but is right to go.

Dale Finucane (head knock) returns to the pack which sees Harry Grant revert to the bench and Brandon Smith shift from lock to starting hooker.

The Storm have won four of their past five games against the Sharks.

Jesse Ramien v Justin Olam: Despite being one of Cronulla's better players this season Ramien finished with a paltry one per cent of votes in the best centre category in the 2021 Fans Poll while his Storm rival was ranked the NRL's best with 34 per cent of the vote. The stats show he does have some ground to makae up with Olam holding the advantage in every category except tackle busts and average run metres. He has scored 11 tries to Ramien's five, delivered nine try assists to one and 11 line breaks to six.

The Sharks have a surprising good record against Melbourne, splitting the past 10 games between the two sides 5-5. But the gloss is taken off somewhat by a lack of recent success with Cronulla looking to break a three-game losing streak against the Storm. 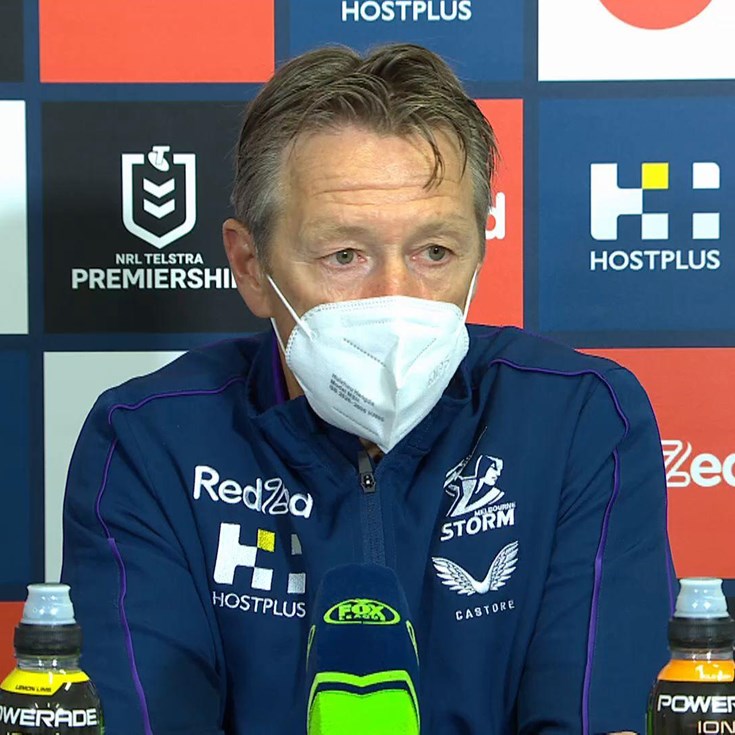 Bellamy reflects on another minor premiership