The Panthers got the chocolates the last time they faced the Storm back in round three (12-10) but a lot has happened over the intervening 17 weeks.

This match has been transferred from a 7.35pm kick-off on Saturday to a 4.05pm start on Sunday at Suncorp Stadium in Brisbane due to the revised round 20 draw brought about by Queensland's snap lockdown.

The Storm have won 15 straight while the Panthers have lost two of their past six as injuries and Origin commitments began to take their toll.

But since these two are locked on 34 points, with 16 wins each, this Sunday's contest holds plenty of appeal.

The minor premiership could well be decided if the winners can then hang on undefeated for the following five games - which is not beyond the capabilities of either side.

Storm: Harry Grant will return from a hamstring injury via the bench. He joins Jordan Grant, Chris Lewis and Ryan Papenhuyzen as the interchange players.

The 1-13 named on Tuesday will start the match with Tepai Moeroa the 18th man for Melbourne.

In changes announced on Friday, Aaron Pene, Tui Kamikamica and Tom Eisenhuth were the three players to drop out.

Nicho Hynes holds on to the No.1 jersey with Ryan Papenhuyzen on the bench.

The Storm have won their past 11 games at Suncorp Stadium.

Panthers: Penrith will start 1-17 with Paul Momirovski the 18th man.

Robert Jennings comes on to the wing to replace Origin star Brian To'o, who is expected to undergo syndesmosis surgery and miss around six weeks.

Tyrone May (knee) also faces a significant stint on the sideline. His absence sees Matt Burton move to five-eighth, with Brent Naden replacing him in the centres.

Lindsay Smith and Kurt Falls were the two players dropped from the squad 24 hours before kick-off.

The Panthers have won three of their past five games against the Storm.

Jarome Luai v Cameron Munster: Origin foes just weeks ago, the No.6s get to face off again and will be eager to get another win over the other, even if it's back in club land and not the interstate arena.

Luai has 14 try assists and Munster just seven but Munster is coming into his favourite time of the year - the finals - as big games bring out his best.

Considering these two sides are level on wins and losses at the top of the NRL ladder it's surprising to find the Storm way out in front for the number of tries after 19 rounds - 118 - compared with 88 to the Panthers. 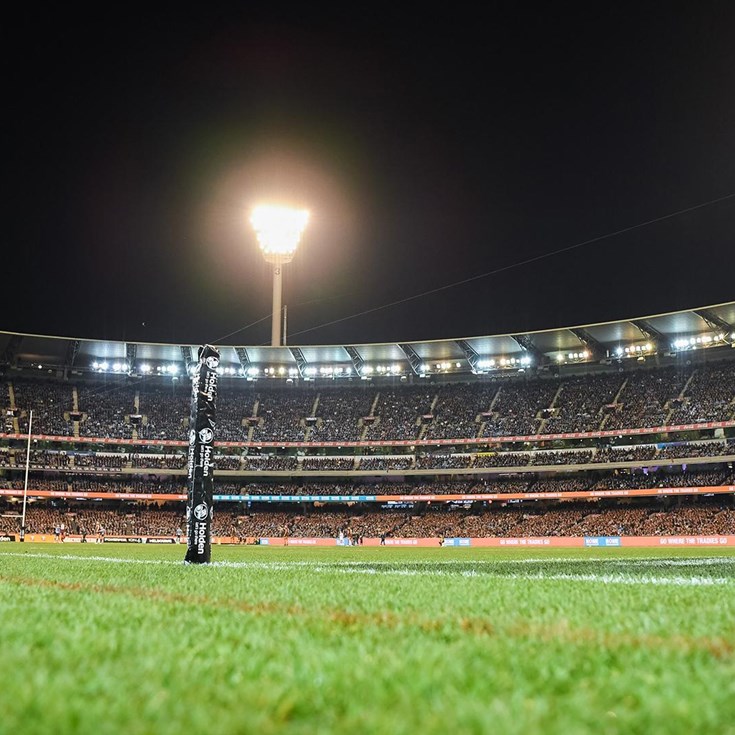