Both the Storm and the Knights have had a week to bask in the reflected glory of their whitewashes of opposition teams in round 16.

The Storm were back in Melbourne for their bye after thumping their 2018 grand final rivals the Roosters 46-0 in the 'neutral' venue of McDonald Jones Stadium, due to COVID restrictions.

The venue is the Knights' home ground and two nights later they humiliated the Cowboys 38-0, led by a freshly-returned Kalyn Ponga on the rampage. He scored two tries, set up another two, topped the metres count at 212, made a line break and four tackle busts.

How Ponga pulls up from Origin duties for Queensland may determine how much of a fight the Knights can put up against the Storm.

The Storm were forced to relocate to Queensland on Thursday due to Melbourne's latest looming lockdown and will now host the Knights at Cbus Super Stadium on Saturday night as the second leg of a double-header.

Storm: Origin duo Josh Addo-Carr and Christian Welch have been left out, with Dean Ieremia now on the wing and Tui Kamikamica at prop.

Jordan Grant joins the bench with Isaac Lumelume the 18th man. Trent Loiero dropped out of the playing squad on game day.

Along with Addo-Carr and Welch, Cooper Johns was left out 24 hours before the match.

The Storm are relocating to Queensland for the third time in a year as Melbourne's latest looming lockdown forces the premiers to join the rest of the NRL in the Sunshine State so a time and venue are still to be decided.

Coach Craig Bellamy has opted to hold back star fullback Ryan Papenhuyzen (concussion) and gun hooker Harry Grant (hamstring) for at least another week to ensure the Storm will have a fully fit squad for the run to the finals.

That means 2021 revelation Nicho Hynes gets another game in the No.1 jersey and Brandon Smith the chance to extend his try-scoring streak from dummy-half.

The Storm have won their past nine games against the Knights.

Knights: Mitchell Pearce (hamstring) is out of the Knights team, with Phoenix Crossland to start at halfback. NSW Origin star Daniel Saifiti (rib) is also out with David Klemmer starting at prop and Jack Johns joining the bench.

Pearce, Simi Sasagi and Jirah Momoisea were the players left out 24 hours before the match.

Mitchell Pearce v Jahrome Hughes: Veteran halfback Pearce meets the man growing into the No.7 role like a hand into a glove, Hughes. The Storm playmaker has just 75 NRL games to his name, and only half as first receiver. Pearce is lining up for his 304th, and every one of them has been at No.7. Both men like to run at the line, and keep an eye out for their unmarked outside backs. Their kicking games will be crucial.

Knights defenders will need to be on red alert for Nicho Hynes, who is equal with Tom Trbojevic on line-break assists with 20. They share second spot to NRL leader Cody Walker (26). Interestingly, there is no Knights player in the top-20 - the best being Connor Watson (9) in 23rd spot. 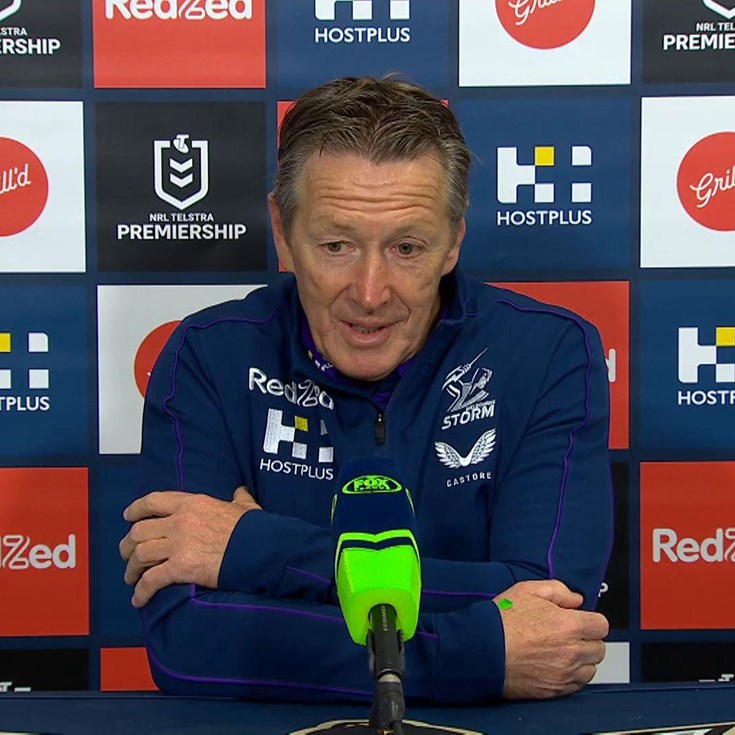