A Roosters side needing a win to remain in touch with the top four faces the toughest test the NRL has to offer.

Defending premiers Melbourne have won their past 12 matches and are scoring points for fun.

In their past nine matches, they have failed to reach 40 points just twice - on one of those occasions they scored 34 and on the other they scored 20 despite being without their Origin contingent. That's good for an average of 42 points per match.

Due to the COVID-19 outbreak affecting Sydney, this match has been moved to McDonald Jones Stadium in Newcastle.

Roosters: Two late changes with Drew Hutchison added to the bench for his first game since suffering a punctured lung in round nine and teenager Joseph Suaalii coming in on the wing. Matt Ikuvalu goes to 18th man.

Sam Walker returns at halfback after two weeks to rest his shoulder issues so Lachlan Lam shifts to No.6 and Joey Manu returns to the centres.

Sitili Tupouniua (foot) is back so Fletcher Baker goes to the bench. James Tedesco and Angus Crichton will both back up from Origin II.

The Roosters have won four of their past five games at McDonald Jones Stadium.

Storm: No late changes for the Storm with Queensland forwards Christian Welch and Felise Kaufusi backing up on a five-day turnaround from Sunday's Origin II clash. Welch will come from the bench with Tui Kamikamica promoted to start.

The return of Kenny Bromwich from a rib injury and brother Jesse from an elbow problem helps cover for the loss of Nelson Asofa-Solomona to suspension.

Sam Walker v Jahrome Hughes: Walker has made a great go of things in his rookie season. A long, and successful, future beckons. In this match he will line up against Hughes, the unsung hero of the Melbourne side. Originally a fullback, Hughes' move into the No.7 jersey has provided Melbourne with another great option in attack.

Storm wingers Josh Addo-Carr and George Jennings have scored 25 tries between them - but they both missed out in Round 15 even though their side scored 12 four-pointers against Wests Tigers. 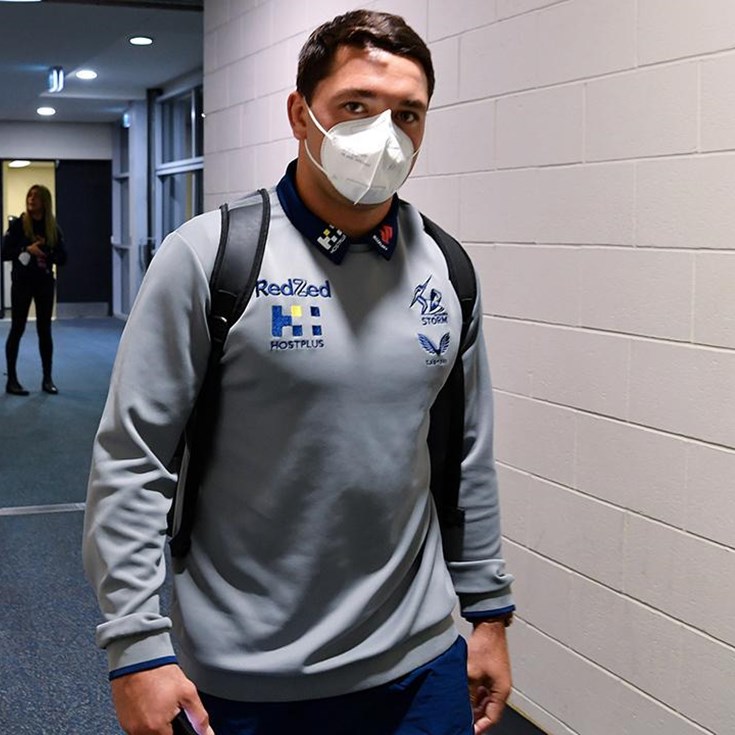