They were a Viliame Kikau hand away from avoiding defeat but Melbourne's narrow loss to Penrith pushed them outside the top eight for just the 15th round in 19 years.

Having slipped to ninth after the loss to the Eels in round two, the 11th-placed Storm are outside the top eight in back-to-back weeks for the first time since 2014 when they spent three consecutive weeks – rounds 12, 13 and 14 – outside the finals zone.

These are the only two instances of the Storm spending consecutive weeks outside the top eight for win-and-loss reasons in their entire history under Craig Bellamy, although it should be pointed out that State of Origin duty played a huge role in 2014.

The Storm sat fifth after round 11 but a 22-0 loss to the Cowboys in round 12 without Billy Slater and Cooper Cronk, who had both suffered injuries in Origin I just three days earlier, dropped them to ninth.

Slater and Cronk remained sidelined in round 13 when the Storm were belted by the Roosters before a bye in round 14 offered some respite. Slater's return from a shoulder injury in round 15 sparked a 46-20 win over Parramatta to catapult Melbourne back into the eight.

In 2010, the Storm were sent to the bottom of the ladder after the NRL sanctioned them for salary cap rorts and were banned from playing for competition points to finish with the wooden spoon for the only time in the club's 23-year history.

By defeating Souths in this year's season opener, the club maintained its stunning 19-year run of never losing a round-one game under Bellamy since the former Raiders centre took over at the club in 2003.

That means every season for 19 years the club has finished round one inside the top half of the competition, and more often than not they kept piling on the wins.

In 13 of those 18 previously completed seasons, the Storm never dropped out of the eight based on performance.

Even when stripped of the possibility of earning competition points in 2010, they won enough games to ensure they would have spent all 26 rounds in the top half of the competition.

Of the 15 rounds the Storm have finished outside the top eight from the start of 2003 to now, seven came in 2014, their worst year under Bellamy.

Despite winning their first three games they won just five of their next 13 to spend rounds five, seven and eight, 12-14 and 16 in the bottom half of the ladder before finishing sixth and losing their qualifying final against eventual runners-up Canterbury.

Since round 16 that year, they spent just a solitary weekend – round five of 2018 – outside the top eight until this year.

Needless to say, this stunning level of consistency for occupying a place in the top eight is unique to the Storm – no other club comes anywhere close in the modern era.

Even the Roosters, the other consistently successful side of the past decade, spent the entire 2016 season at 14th or lower.

Souths have been consistently good since 2012 but missed the finals in 2016-17 while any other club that has been camped near the top of the ladder at some point in the past decade such as the Panthers, Eels, Sharks, Cowboys, Bulldogs and Broncos – are in the doldrums now or have been in recent seasons.

Looking ahead, if the Storm have a comfortable win over the Broncos this Friday at AAMI Park – as most people expect – and other results go even vaguely to predictions, Melbourne will finish round four somewhere between sixth and eighth.

They play the Bulldogs in round five before three home games against an injury-hit Roosters, the Warriors and Sharks.

So take a photo of the ladder now, Storm haters, because there is every chance this is the last time in 2021 we see the ladder without Melbourne in the top half.

NRL Magic Round Brisbane 1-Day Passes are now on sale with eight massive games across round 10 at Suncorp Stadium this May. With the league's best players all heading to Brisbane, you'd hate to miss it! Tickets at NRL.com/Tickets 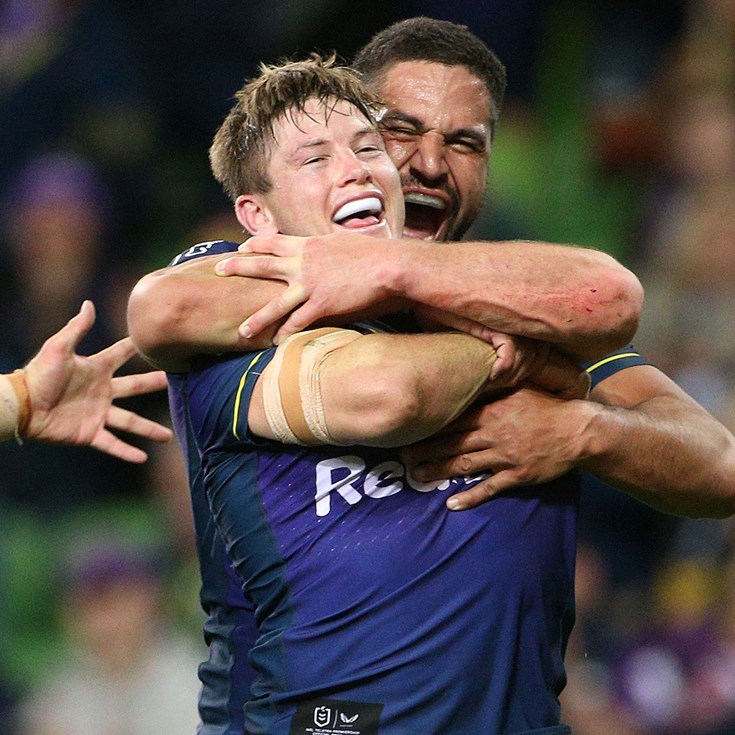 Presented By Ampol 5 days ago