If the name Harry Grant wasn't familiar this time last year, no doubt the kid from Rocky was on your radar by mid-season.

The 22-year-old hooker is a rare talent and has been a star-in-waiting at the club since 2017 - the patient protégé of Cameron Smith and his likely long-term successor.

While waiting for his opportunity to play first grade, he's been tearing it up in the Q Cup. Grant claimed the Sunshine Coast Falcons best and fairest award in 2019 after he steered the side to a minor premiership with 14 tries and 21 try assists.

He was loaned to the Wests Tigers as part of a history-making deal for the NRL in 2020 and he wasted precisely none of his time to shine.

All this before he scored a try on debut for Queensland. In the decider. Casual.

"I think the experience was very valuable for me, it helped me gain a lot of confidence moving forward into 2021," Grant said about the season of first grade now under his belt.

The fact that there was no Intrust Super Cup in 2020, I would have only played a handful of games last season if we didn’t go ahead with the loan deal so I feel especially grateful.

"I learnt a lot about NRL, what it takes to get yourself up week in, week out for the mental and physical challenges of each game.

"I also developed my game with the guidance of different coaching staff and senior leaders."

After years in the Storm system, Grant's on-field performances would suggest he adapted to his new environment exceptionally well, but the move wasn't without unexpected challenges.

"The biggest thing I missed, which I took for granted previously, was how the Storm wash and prepare all your training gear the night before training," he said.

"It was a bit difficult to get a real gauge on Sydney life because we were in a strict bubble all year but I did miss Melbourne.

"I enjoy the live sport and music and also the pub and cafe scenes Melbourne has to offer."

"It was actually the first night of Origin camp, so we were all huddled around the TV in the team room watching the game," he explained.

I was so happy for the boys, I know how hard they worked for it and all of the sacrifices and challenges they faced throughout the year.

Harry Grant On watching his Storm teammates win the premiership

"Not being part of it definitely makes me hungry to be successful, but this is a whole new season so anything is possible."

Growing up in Rockhampton, representing Queensland in a decider was another life-long dream realised for Grant.

"It was a pretty crazy experience. The fact the 2020 Origin series was at the end of the season with an extended squad definitely worked in my favour I think," he said.

"I have some good memories from that game, but running out to the roars of a packed Suncorp stadium and singing the national anthem in front of my family was very special."

Since returning to Melbourne, Grant has moved into a Richmond pad with his good mate Cooper Johns.

"Cooper contributes a lot of morale and laughs to the household," he said.

"We live with Georgia Moore (daughter of the club's inaugural football manager, the late Mick Moore), so she cooks and cleans up the majority of the time.

"Between Cooper and I, I'd have to say I'm the cleanest and the better cook. It's not much competition though, I think Cooper had a maid all his life - when I first moved in with him he didn't know how to turn an oven on."

"I'm just really looking forward to a season with the Storm," he added.

"I feel like I have a lot of the players and coaches respect to earn, so I'll be having that as one of my main goals this season. Along with a top four finish." 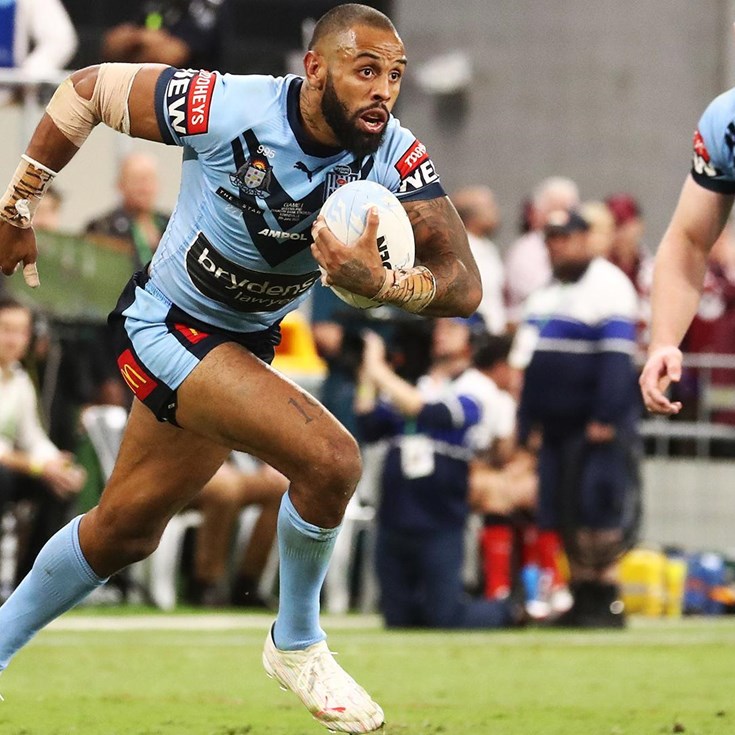 The away trip that just kept going