Cameron Munster is the unpredictable genius who can break open the 2020 grand final and win it for the Storm.

When I look at the 34 players who will contest this year's decider, with Munster no-one could possibly predict what he will do.

At the Broncos, when we played the gun Raiders side in the 1990s we would talk about Brett Mullins, Laurie Daley and either Ricky Stuart or Brad Clyde.

It was the attacking players we had to stop. It was usually three danger players that were singled out.

Smith won't let one last opportunity slip. I have tipped him to win the Clive Churchill Medal. There is no doubt he is the best player in the game.

The third player to stop is fullback Ryan Papenhuyzen, who is a real threat with his speed, game awareness and support play. He will dominate given half a chance.

Penrith will know that he will be around the ball and constantly pushing up in support of the ball carrier.

Like Mullins in his day, Papenhuyzen will finish off creative plays with points.

Smith has gone through his whole career being the man to target for the opposition but he has spiders on him.

He is a master at controlling the pace of the game and if that becomes a fast pace and he gets to run out of dummy half then the Panthers will be in real trouble.

With Munster you know he is going to play well, but the great thing about him is that even he does not know what he will do next. A lot of modern players lack his instinct.

When he crabs across the field he is having a look at the defensive line. It is a split-second thing, but when you see him float across the park he is scanning for a lazy or tired defender.

In a split second he will go 'bang' and streak through the line before linking with Papenhuyzen or any player in support.

If there is no opening he will shift the ball left and Kenny Bromwich, Justin Olam or Josh Addo-Carr will do the rest.

Munster is one of the great characters of the game.

I noted that he said the other day he'd like to have 'the Clivey' around his neck, and I wouldn't bet against him winning the Clive Churchill Medal either. As a teammate I am sure he inspires confidence. He has a "good" arrogance about him.

Not that Melbourne will have it all their own way on Sunday.

Nathan Cleary is the Panthers' dominant half and the man who directs the traffic. He would be in every opposition team talk early in the week. He would be the number one man for the Storm to try and stop, but that is easier said than done. It doesn't happen very often.

Souths did get to Cleary at times last week and cut down on his time and space but he is very good at kicking on early tackles when the Panthers have momentum and when the opposition is least expecting it.

It will be important for the Storm to shut down everything around him and take it to the Penrith forwards.

Cleary is like Cameron Smith in the sense that he seems to have more time than most and his short kicking game, particularly with those perfectly executed lobs like the one Tyrone May scored off in the preliminary final, are so hard to defuse.

Asides from Cleary you have Jarome Luai to shut down. He has been a revelation with his game smarts, skill and confidence.

At the Broncos, Alfie Langer was always a target for the opposition, but then you had Kevin Walters. It is one or the other, and sometimes you can't target both.

Viliame Kikau is back from suspension and his powerhouse runs are obviously a threat.

The Storm can't allow him to get a head of steam up but in right edge back-rower Felise Kaufusi they have the perfect man to stop him.

Felise has the old-style defence of going low and with Kikau you need to stop his metres. Kaufusi can stop him pretty quick because he is just as big.

The Storm will have to "win" the decider to lift the trophy. By that I mean that the Panthers show no sign of giving it away or having mental cracks, but I am tipping Melbourne for their X-factor and big-game experience.

The views in this article do not necessarily express the opinions of the NRL, ARL Commission, NRL clubs or state associations. 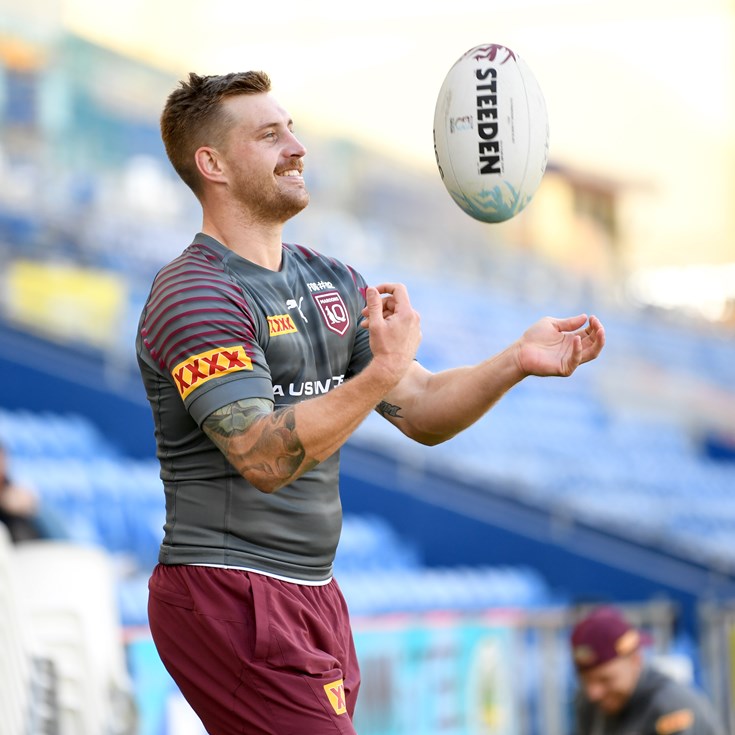