Once the highest paid centre in the world, Ricky Leutele was left jobless when the transatlantic Toronto Wolfpack was forced to withdraw from the Super League earlier this year.

"Six weeks ago I thought I was probably having the rest of the year off, I was left with no job," he told media on Wednesday, fresh out of quarantine.

"A week later my manager called me and said 'the Storm are keen'.

Leutele: 'I want to say a huge thank you to Frank (Ponissi) and the Storm'

"I feel for some of my (Wolfpack) teammates who haven't found another job to support their family.

I want to say a huge thank you to Frank (Ponissi) and the Storm for the opportunity to earn an income and play some rugby league.

Leutele said he used his time in hotel quarantine to study the game.

"I watched all the NRL games over the weekend actually and it's played at a different level (compared to the Super League)," he said.

"NRL games seem to be a lot faster, the forwards are a lot more mobile and skilful.

"Hopefully the style of play suits me - I've just got to put myself in the right position.

"I'm only with Melbourne for the rest of this year and I'm uncertain about the future with Wolfpack, so it's pretty scary.

"This has been a weird year for everyone, all over the world.

"I have my beautiful wife and three kids with me and for now I'm focusing on the next few months." 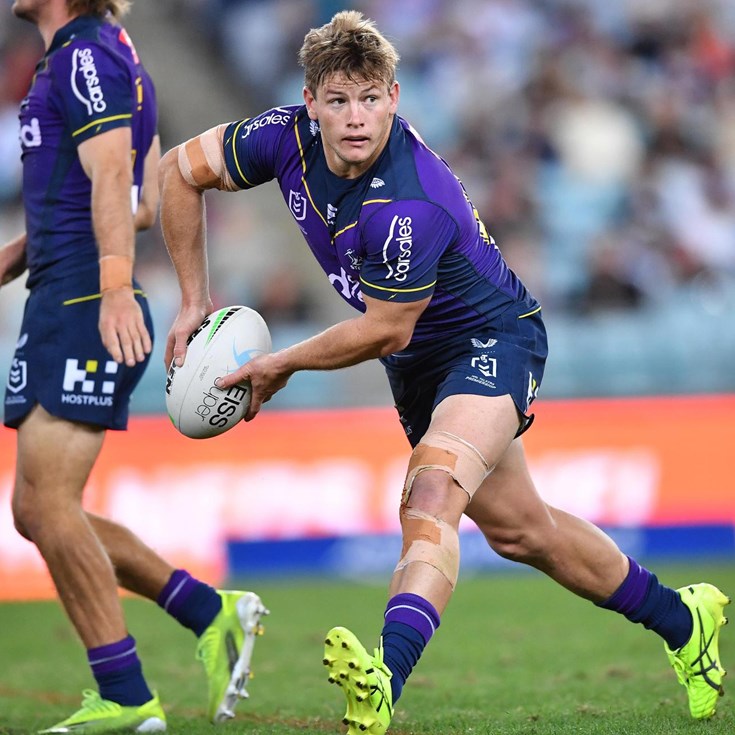