The Storm will be looking to bounce back from just their third defeat of 2020 and keep themselves in the hunt for a top-two finish against a punch-drunk Sea Eagles side.

The absence of key playmakers finally told for Melbourne who failed to score a point in going down 14-0 Parramatta in the round 15 opener, a loss that allowed the Eels to draw level with them on 24 points and grab second place on for-and-against.

Melbourne have three home games in their final five games of the regular season and play only one more top-eight opponent so as long as their big guns return on schedule they will fancy their chances of a top-two finish.

Manly have won their past two visits to AAMI Park but it's hard to see them recovering from that 56-16 flogging at the hands of South Sydney to make it three away victories in a row over the Storm at Melbourne's Sunshine Coast home away from home.

Storm: Isaac Lumelume has been named to make his NRL debut replacing Brenko Lee. In the other late change Chris Lewis has been added to the bench and Ryley Jacks drops out.

On Saturday Tom Eisenhuth was ruled out with a calf strain and Sandor Earl also dropped out of the squad with Tino Fa'asuamaleaui starting in the second row and Albert Vete joining the interchange.

Kenny Bromwich (calf) and Marion Seve comes in on the wing. The Storm have won six of their past eight games against the Sea Eagles.

Sea Eagles: A couple of late changes for Des Hasler with Albert Hopoate to make his NRL debut at centre in jersey No.18 with Jack Gosiewski going to the bench. Corey Waddell dropped off the bench an hour before kick-off and Abbas Miski was the other player to drop out.

Tevita Funa is named at fullback with Reuben Garrick on the wing and Gosiewski was originally named at centre with Moses Suli out for the season with a foot injury. Martin Taupau starts at prop with Taniela Paseka benched and Joel Thompson returns from a tongue injury in the back row.

Hopoate, who was recalled from a short-lived loan stint with the Warriors, is the son of premiership winning Sea Eagle John Hopoate.

Morgan Boyle and Haumolo Olakau'atu dropped off the reserves list 24 hours before kick-off.

Hasler is the only current coach with a winning record against Craig Bellamy (17 from 30).

Nelson Asofa-Solomona v Taniela Paseka: The showdown between these two huge units should shake the grandstand. The Storm prop is a towering 200cm tall and weighs in at 115kg while his less-experienced Sea Eagles counterpart concedes 3cm in height but outweighs Asofa-Solomona by 5kg.

The Melbourne man has been damaging with the ball in hand, punching out 47 tackle busts to Paseka's 17 and 17 offloads to 11 in just three extra games.

Melbourne rank third for points scored (374) and second for points conceded (182) while the Sea Eagles rank above only the three Queensland sides in coughing up points (343) and have scored more points (253) than just four other teams. 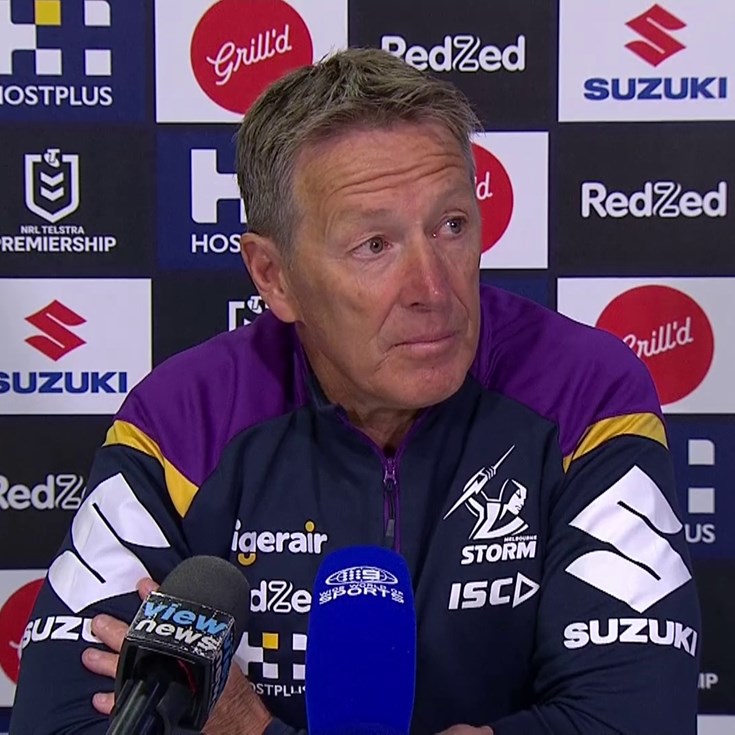