2012: Melbourne announce the signing of Newcastle centre Junior Sa’u to a one-year deal.

2013: Melbourne players accuse the Newcastle Knights of spraying water on the ball before kick-offs to increase the chances of a Storm knock-on.

2003: Storm five-eighth Scott Hill is ruled out for the rest of the season with an ongoing shoulder problem.

2011: Melbourne win a club record 12th consecutive game when they down St George Illawarra 8-6 in a gruelling encounter at AAMI Park. The Dragons drop to seventh after losing their fifth straight game.

2001: Melbourne maintain slim hopes of a place in the top eight with a narrow 28-24 victory over last-placed Penrith in a Monday night match at Colonial Stadium.

2016: Fijian winger Suliasi Vunivalu equals Israel Folau’s record for most tries in a season for the Melbourne Storm when he bags four in the first half of the Storm’s clash with Manly at Brookvale Oval to take his rookie season tally to 21.

1998: The Melbourne Storm secure a home final with a 16-12 win over Canberra at Olympic Park.

2004: Storm knock the Bulldogs off the top of the premiership ladder with a 22-12 victory at Olympic Park. It is the Storm’s first win over the Bulldogs in 10 meetings.

2005: Melbourne veteran Robbie Kearns announces he will retire at the end of the season

2013: Melbourne five-eighth Brett Finch announces that he will retire at the end of the season after 16 years of top-level football.

1997: The Sun-Herald reveals that Canterbury coach Chris Anderson is interested in coaching the new Melbourne franchise, despite months of denials.

2007: Storm wrap up their second successive minor premiership with a clinical 38-6 disposal of the Bulldogs at Olympic Park. Rookie Israel Folau scores a hat-trick to equal the club’s season tryscoring record. 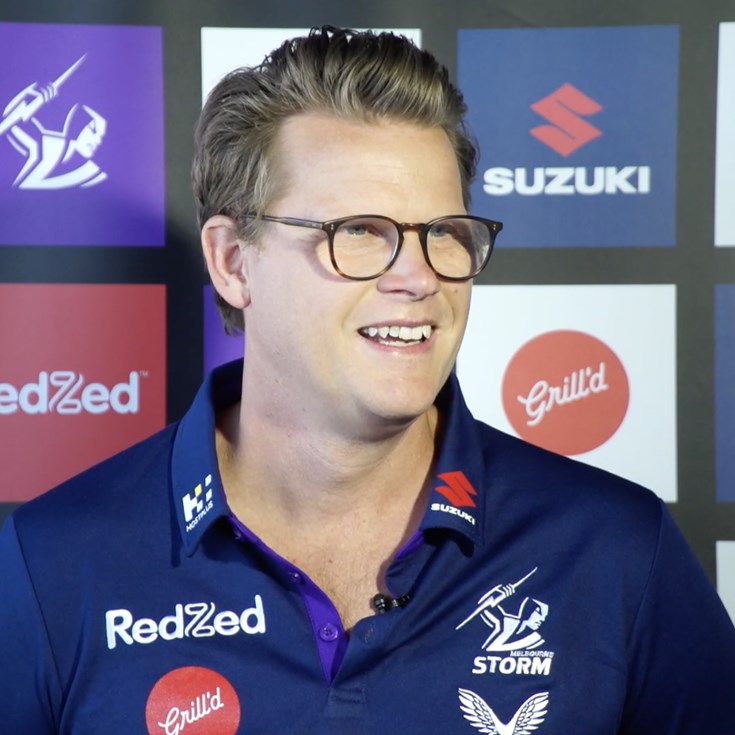