They've knocked off both 2019 grand finalists without Cameron Munster over the past fortnight but Storm coach Craig Bellamy believes they've still got plenty of improvement left in them to challenge for this year's title.

Munster fell short of a miraculous return from a knee injury for Saturday night's clash with Bellamy indicating the 25-year-old was a likely starter for next week's game against the Gold Coast.

The Storm took advantage of Canberra's injury woes and a handy rub of the green at GIO Stadium in an "ugly game" as described by the premiership-winning Storm coach.

He gave enough credit to his own side's performance after a clumsy first half that included four errors on the first tackle of each set.

"I think there's a lot of heart in this team and a fair bit of fight," Bellamy said.

"I don't think we're playing that good of footy with the ball but certainly our defence is fairly gritty and they're willing to work hard for each other.

Papenhuyzen cleans up a kick then runs 90 metres to score

"That's a real plus at the moment. We were a bit concerned with our attack but we just never got a flow-on tonight at all because of the amount of mistakes we made.

"Losing Cameron [Munster] is a loss but having said that we experimented with Cameron Smith and Brandon Smith last week.

"I thought Ryley Jacks did a terrific job tonight. He was really solid for us."

Bellamy offered genuine sympathy for close mate Ricky Stuart after the Raiders endured a difficult night out that included the likely season-ending injury to Josh Hodgson.

Addo-Carr makes the most of extra man

The pair enjoyed a bit of friendly banter earlier in the week in a rare public showing between two coaches.

"I thought both sides hung in pretty well with the situations that happened in the game," Bellamy said.

"There was a lot of disruption for the Raiders with Josh going off early. He's a very important player in their team and the [Bailey Simonsson] sin-binning as well plus the try where they lost the ball before the line.

"For us to stay in the game I thought we did a really good job. We struggled there a bit, it was probably a fairly ugly game sitting at home watching it.

"We were the fortunate ones to come out on the right side of the ledger."

Bellamy said a minor knee issue was likely to sideline Jesse Bromwich for up to a fortnight, while Tom Eisenhuth is set for scans on a hamstring issue after pulling up lame in the warm-up. 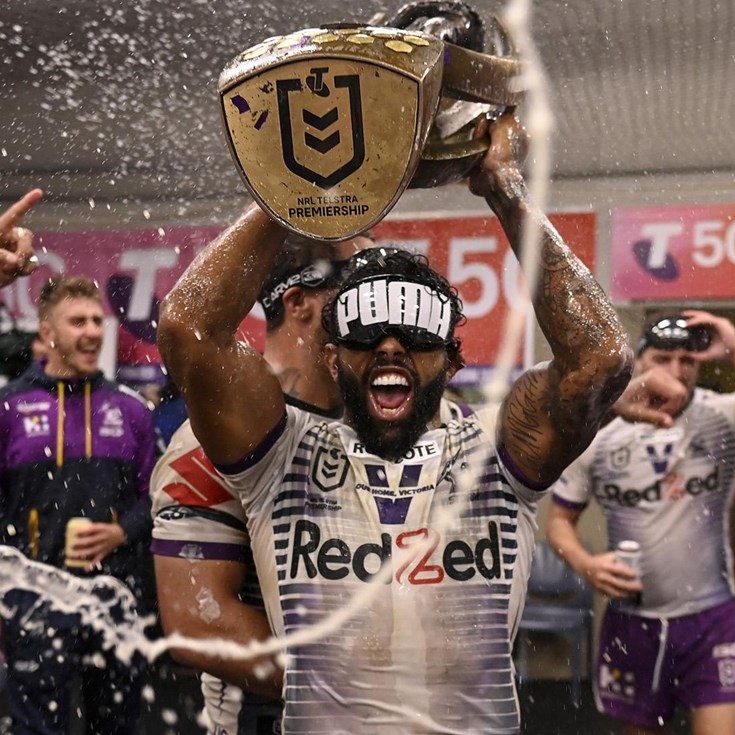 Munster: Fit and ready to play the game of his life