Craig Bellamy will not run a lap of the Twin Waters golf course in his birthday suit if his side is defeated in tomorrow night's Storm v Raiders clash, he confirmed to media today.

Raiders head coach Ricky Stuart claimed Bellyache was so confident he'd get the dub at Sunshine Coast Stadium, he wagered a nudie run on it.

"Any team coached by Craig Bellamy, you know they're gonna be ready," Stuart said on Thursday.

I know because I spoke with Craig during the week and he said, 'there's no way in the world you'll get us four times in a row - if you beat us I'll run around the Twin Waters golf course naked.'

Craig Bellamy - 'Ricky has told a little fib there'

"I heard a little rumour about that," Bellamy said with a wry smile.

"Rick has told a little fib there. I haven’t actually talked to him this week.

"Most people who know me know that I wouldn't make that sort of promise.

I don't want to scare too many people, they might never get over it.

Since the beginning of 2019, Storm have lost only eight matches - three of those came in our most recent three starts against the Raiders, including a 22-6 defeat in round three this year.

We're in form following our comeback win against the Roosters last week and have some extra motivation this week - Cam Smith will achieve the 300th win of his NRL career with a Storm victory. 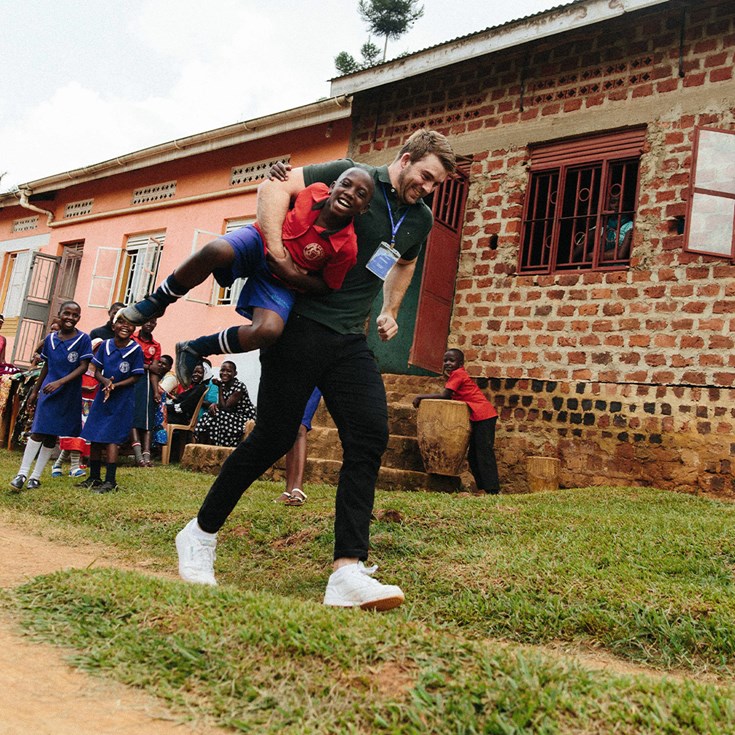