Two of the NRL's premiership contenders will have plenty to play for when they line up in round three.

Canberra were impressive in knocking over the Titans and the Warriors to start the season and will be close to full strength after the two-month break due to the competition shutdown.

Melbourne got off to their annual good start with a win over Manly, followed by a tight victory over Cronulla. The Storm have relocated to Melbourne after a short stint in Albury.

Storm: Tui Kamikamica is out with a back problem but his absence is offset by the return of and Brandon Smith and Christian Welch. Craig Bellamy said Kiwi international Nelson Asofa-Solomona was in no doubt for the clash and he expected the giant front-rower to be primed for a big performance against last year's runners-up. Asofa-Solomona had been battling hamstring issues during the earlier parts of the season. Tom Eisenhuth and Darryn Schonig were the first two cut from the extended squad 24 hours before kick-off. The Storm are aiming for a 3-0 start for the seventh time in the past nine seasons.

Raiders: Winger Bailey Simonsson was ruled out on Friday with a minor leg infection and his place in the starting side is taken by Michael Oldfield. That sees  Jordan Rapana come into the 17 after rejoining the club after a brief stint in Japanese rugby. John Bateman remains on the sidelines after shoulder surgery. Kai O'Donnell was the other player omitted on Friday. Canberra defeated the Storm twice at AAMI Park in 2019. 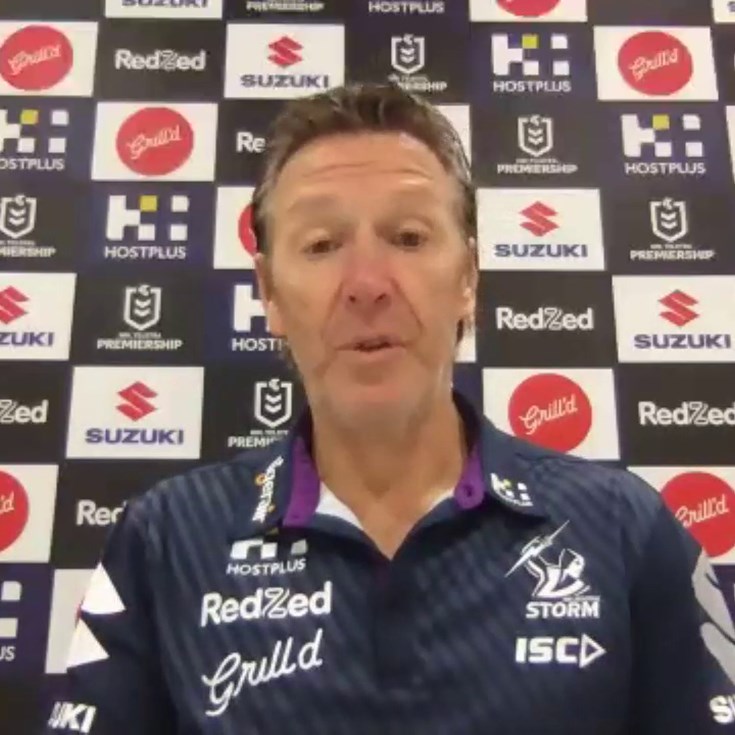 Bellamy: It's great that Footy's back, and we're looking forward to tomorrow