Not everybody gets identified as a teen talent and is fast tracked into the NRL - just ask Aaron Pene.

Aaron's journey has been more of a slow burn.

To Pene, all the people telling him to chuck in his dream of playing NRL is just “white noise”.

In reality, it has made him more determined to succeed despite a journey to the edge of the NRL so full of speed bumps and dead ends it would have sent most others scuttling to the security of a nine-to-five job.

But Pene is made of sterner stuff. Even his most recent setback — a bizarre one where a seam in his shoe wore a hole in his Achilles — hasn’t knocked his determination to succeed this season.

Born and bred in Auburn in Sydney’s west, Pene said resilience was his greatest trait.

And it’s a trait he hopes to put to the test for Melbourne Storm after a six-year journey involving injuries, copious amounts of time playing club and park footy, multiple clubs — and even a shot at the NFL — to get into the NRL.

“I’d like to think I’m a very resilient person. I’m not a quitter. If I’m not good enough at least I can say I gave it my best,” he said.

“I just had a lot of self-belief.

“People we saying it’s too late, you’re too old, you’re not going to do it. It was all white noise to me.

“I kept my family and friends tight and they all believed in me.

Pene started his journey with the Berala Bears before moving to the Chester Hill Hornets, generally going under the radar until picked up by the Bulldogs for the under-20s in 2014 at the age of 17.

“I was always skinny. I was fast though.”

“I wasn’t a winger anymore. I turned into a front rower. I just started eating heaps and training repeatedly and put 10-15 kilos on,” he said.

Then followed an opportunity at Penrith.

“But I ended up playing park footy all year,” he said.

He got a train and field deal with the Newtown Jets but did his ACL at the end of 2017.

“Coming into 2018 about five games to go before the semis, I came back and played park footy for Concorde. I was 22.”

All the time working a variety of jobs including lifeguard, warehouse worker and baggage handler, a crack at the NFL Combine followed before Pene packed his bags to join the Central Queensland Capras.

“I thought I’d give it one more shot,” he said.

“I spent six months there before Melbourne Storm picked me up.

In a different world, Pene had hoped to be returning to the field for round one after recovering from an ACL setback and his Achilles injury.

Instead he was working on his fitness in isolation, going for long walks, doing cross fit, playing PlayStation and entertaining himself with colouring-in books.

“I was pretty gutted but I guess you know, this is probably a blessing in disguise for me personally as it gives me a bit more time to get ready,” he said.

“I really do believe I will debut this year and it will be an amazing moment.

“It will make me so pleased for the people who stayed with me, and supported me.” 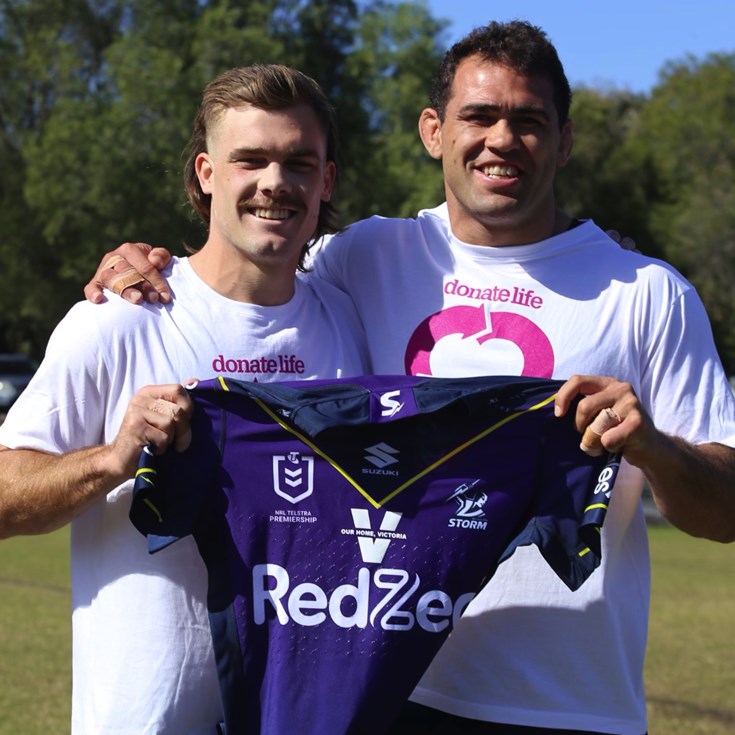