Melbourne Storm and Queensland prop Christian Welch said he has no issue with Sydney staging all three State of Origin matches this year, provided no fans are in attendance.

The coronavirus pandemic has brought sport to a standstill globally, including the NRL – which is planning to restart the 2020 season on May 28 after the competition was postponed last month.

While the NRL is determined to resume, Queensland Premier Annastacia Palaszczuk has cast doubt over the campaign and the status of this year's State of Origin series amid travel restrictions in Australia.

Sydney is reportedly ready to host all three State of Origin games – should the series go ahead between the Queensland Maroons and New South Wales Blues.

Asked if he would be concerned about the entire series being staged in enemy territory, Welch – who made his Origin debut last year – told Stats Perform: "I can't imagine crowds being there. To be honest, it's going to be another footy field if there's no crowds.

"I'd probably be annoyed if there'd be 80,000 fans supporting the Blues. No dramas for me, but it would be different if there were crowds."

The NRL season was halted through just two rounds on March 23 due to COVID-19, with the Storm among six teams to have won their opening two games.

Storm players have been forced to train individually but Craig Bellamy's men are set to come together on May 4, ahead of the proposed season restart.

Reflecting on the unusual situation, Welch said: "It's not ideal, it's not ideal for everyone but just doing your best is all you can do. We're just in a holding pattern at the moment and trying to maintain our fitness.

"You work so hard over pre-season and you want to put it work and we're just trying to hold onto that. It is a bit harder being isolated and away from the group and structured training but most of the boys are driven individuals, we're doing plenty of stuff to stay connected as a playing squad, even though we're spread all over Australia and New Zealand." 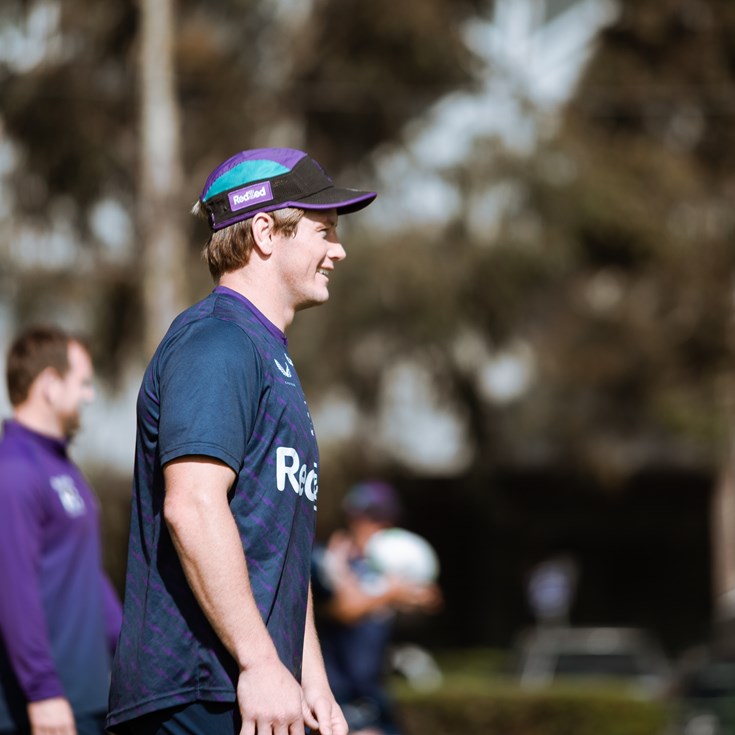 No Hat, No Play