Maoris coach David Kidwell hailed Brandon Smith for elevating his game to another level as the New Zealand hooker delivered the finest performance of his career to lead his team to a memorable 30-16 victory over the Indigenous All Stars on Saturday night.

Smith was the undoubted man of the match in an entertaining night of football in front of 23,599 fans on the Gold Coast, scoring two tries to snatch a stunning come-from-behind victory for the Maoris.

In a performance highlighted by his power and passion, Smith scored two tries in the final 10 minutes but could have finished with four for the night after being dragged down five metres short by a Latrell Mitchell try-saver and denied by the bunker for a double movement.

Smith finished the game with 175m from 13 runs, five tackles breaks and four line breaks in what will be a difficult performance to top for a hooker in 2020.

"We were actually going to take him off for a second but lucky we made the decision to leave him out there.

"It's not a fluke that he does that, he does it for club football too. He just elevated himself to another level."

Smith admitted he was probably being greedy with his strong solo runs late in the game, but said he was simply following orders to play to his strengths and it paid dividends with his burrowing running style impossible to stop for tired defenders.

"I'm not Cameron Smith, I don't play like him. I use my strength, I use my running game.

"I will probably get in trouble from Bellyache (Melbourne Storm coach Craig Bellamy) for that (post-try celebration), he doesn't like it when we carry on but you know scoring that try it was such an unreal feeling. I had goose bumps all through my body.

"To be part of the first winning Indigenous All Stars Maori team is definitely a privilege and to do it alongside the greats of the game like Issac Luke and Adam Blair who are probably moving on soon just to get the privilege to be alongside them is awesome."

Indigenous skipper Joel Thompson marvelled at the strength of the rival hooker who simply destroyed his team's defensive line late in the game.

"I don't think I want to see him again," Thompson said.

"He is a little tank, I know he is a good footballer. We spoke about him, he is just muscle. He has a big future."

Smith's next challenge is to take this form back to Melbourne to start the NRL season.

While he won't do it with the No.9 jersey on his back, he remains more than happy to bide his time behind Cameron Smith for another season in the pursuit of a Storm premiership.

He firmly put to bed any suggestion the future Immortal would shift to halfback this season to allow the Kiwi Test rake the chance to be starting hooker at the Storm.

"It will be the same as last year bro and I will do it with a smile on my face," he said.

"I don't care (where I play). As long as I still get picked in the Kiwis team, as long as I'm still doing the hooker work I need to do at training throughout the week. I just want us boys to win.

"My ultimate goal in my football career is to win a premiership and if Cameron is at No.9 that's the best way for me to get a premiership.

"He is not going to play seven, it's just stupid, why would you put the world's best hooker at a position he doesn't play? I'm happy to do it."

Kidwell said he was immensely proud of his team for not only how they played, but the way they conducted themselves off the field as role models during the week.

The only sour note for the Maoris team was an injury to co-captain Dallin Watene-Zelezniak who was sent to hospital as a precaution for scans on a lower back hematoma. 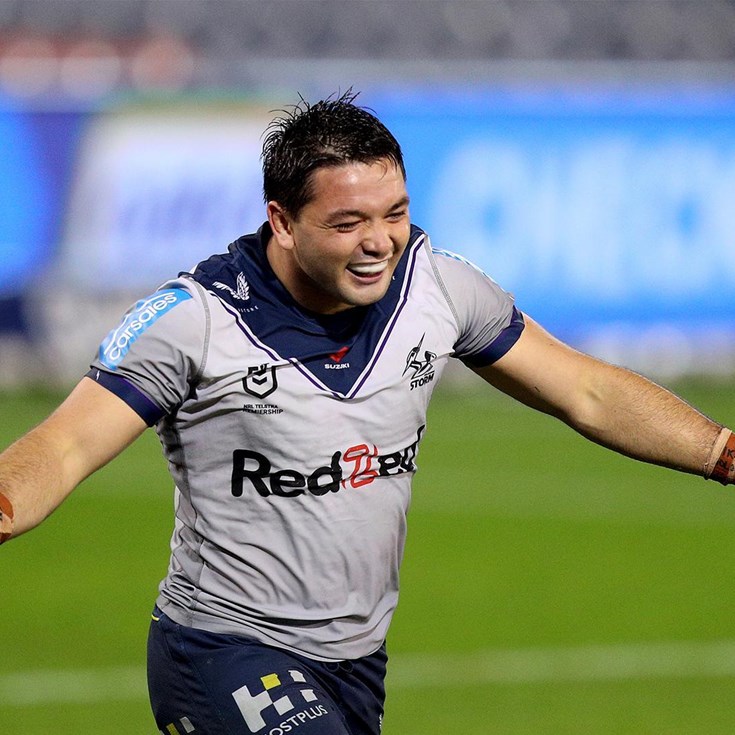