Warriors recruit Wayde Egan will start at hooker while Ryley Jacks will play his first match for the Storm since 2018 in Saturday's trial in Palmerston North.

Former Panthers rake Egan is among 10 players with NRL experience chosen for the Warriors including David Fusitu'a, Chanel Harris-Tavita and Lachlan Burr.

Harris-Tavita will wear the No.6 and has the chance to prove why he should keep the jumper for round one, with the youngster and Kodi Nikorima jostling to partner Blake Green at the scumbase. Nikorima will represent the Maori All Stars on the same night.

Jacks, who spent last season at the Titans, has returned to his debut club with the goal of unseating Jahrome Hughes for the halfback role.

Melbourne Storm: Representative prop Christian Welch is still working back from an ACL injury, while Jahrome Hughes and the Bromwich brothers are on All Stars duty.

New Zealand Warriors: Who will win the hooking battle? Aside from the halves face-off featuring Harris-Tavita and Nikorima, the dummy-half duel between Egan and the promising Lawton is intriguing. Both men are coming off shoulder injuries. Having been passed fit to play, Egan has the first opportunity to impress.

Melbourne Storm: Who will fill the centre holes left by Curtis Scott and Will Chambers? With it looking increasingly likely that Melbourne won't get Wests Tigers outside back Paul Momirovski in a swap with Harry Grant, their backline stocks are somewhat thin. Justin Olam is the front-runner for the left centre role, with coach Craig Bellamy saying that Marion Seve, Brenko Lee and Tom Eisenhuth are contending for the other vacant jersey. 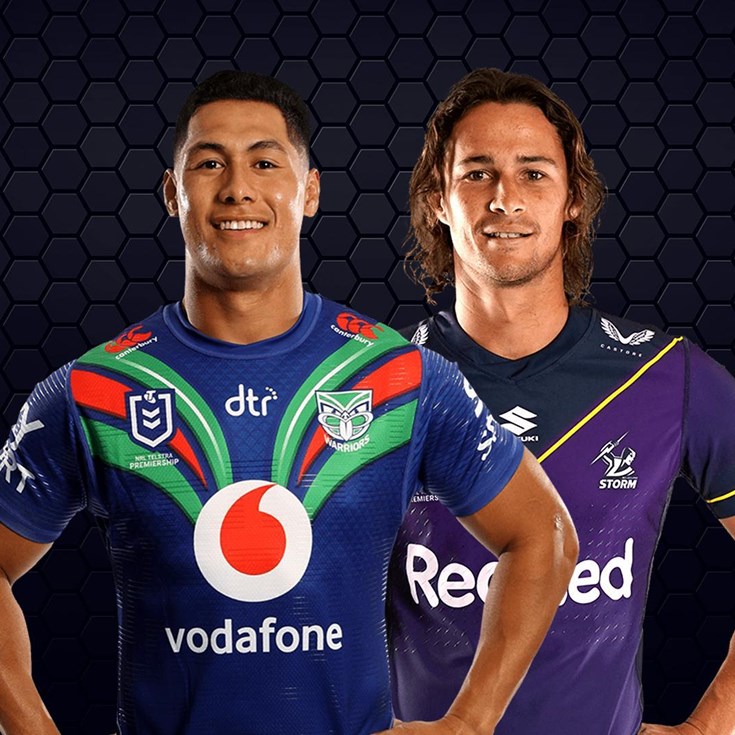