New Bronco Brodie Croft was Craig Bellamy's preferred halfback for the majority of 2019, but a shakeup on the eve of the post-season saw Kiwi representative Jahrome Hughes move into the halves.

Johns is yet to make his NRL debut, but Addo-Carr has no doubt the son of Knights legend Matthew Johns could make an impact if given the chance.

"Cooper Johns has been here for the last two years now and has really grown as a player," Addo-Carr said at AAMI Park on Tuesday.

"He is a real silky, smart player ... and I have no doubt that he will be in the first-grade squad very soon."

If Johns wears the No.7 jersey at the Storm, minds will certainly turn to the memory of the first playmaker named Cooper to don the now-famous purple jersey.

The No.7 jersey isn't the only uncertainty in the Storm backline this season, with the off-season departure of Will Chambers (rugby union) and Curtis Scott (Canberra Raiders) meaning there is at least one spot up for grabs in the centres.

Addo-Carr said Marion Seve has been used as Suliasi Vunivalu's partner on the right side on the training field during much of the pre-season, with Justin Olam and Addo-Carr once again expected to play alongside each other on the left.

The Storm brought in journeyman Brenko Lee during the off-season to further strengthen their centres ranks, with Addo-Carr believing Bellamy is yet to settle on his preferred combinations out wide.

The hardest part: How Addo-Carr broke the news to Bellamy

"It is going to be a tough decision for Bellsa [Bellamy] to make," Addo-Carr said.

"Juzzie [Olam] had a good back end of the season last year where he was a good strike weapon, but there are other centres coming through.

"Marion Seve has been training at the right centre and there is Brenko Lee as well and all these other guys we are trying to build combinations with."

Addo-Carr re-committed to the Storm for 2020 earlier this week after initially attempting to gain an early release from his contract and move back to Sydney with the birth of his second child on the horizon in June.

With his immediate future settled, the man nicknamed "The Foxx" is predicting plenty of on-field highlights this year.

"I am working really hard to be faster," he said.

"I didn't have a full pre-season last year. I was in the pool swimming laps and I am a land animal, not a fish.

"So, I am trying really hard to maintain that speed or get quicker." 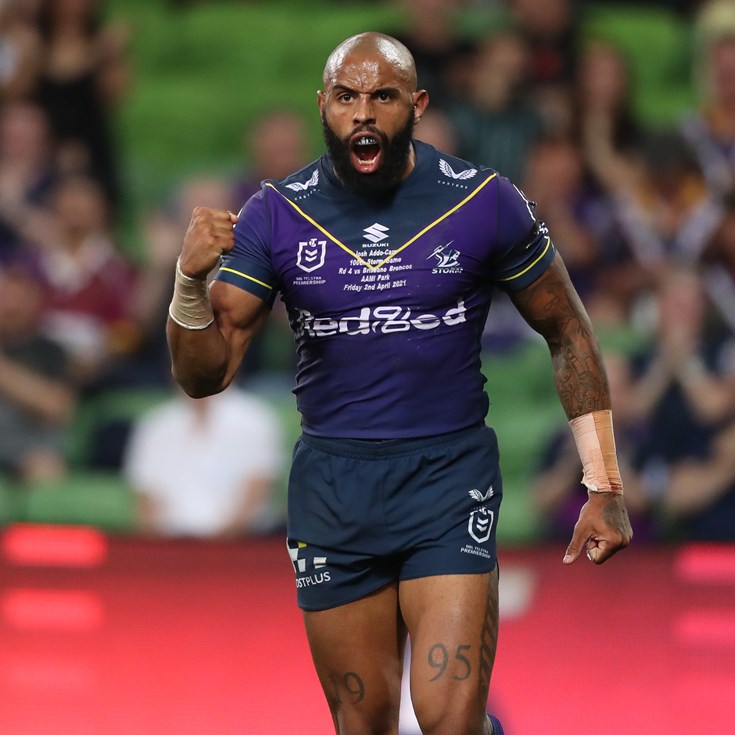 Presented By Telstra 3 days ago

Near perfect Storm: 15 rounds outside top eight in 19 years