Storm outside back Nicho Hynes is eyeing off a dynamic bench role similar to the one that Ryan Papenhuyzen filled brilliantly last season before moving to fullback.

Hynes made his debut at fullback for Melbourne in a round 21 win against the Rabbitohs at Central Coast Stadium, close to where he grew up, when Papenhuyzen and Jahrome Hughes were injured.

It was the 23-year-old's only top-grade appearance for 2019 but he won praise from coach Craig Bellamy, who suggested "we should try to find [Hynes] another position" to get him in the team regularly.

Hynes has indeed been learning the ropes in different positions as he aims to increase his versatility.

Papenhuyzen redefined what an interchange back could be last year, playing as a unique "bench fullback" until his irresistible form forced Bellamy to hand him the No.1 jersey ahead of the finals.

Smith set to be immortalised at AAMI Park

It's a blueprint for Hynes, who is hungry to make the side and would be happy to provide cover across the backline from the pine.

"I reckon my best bet right now is off the bench, so if anything happens to the boys in my positions, I'll be putting my hand up," Hynes told NRL.com.

"I've been doing pretty much most of the pre-season at fullback. There's obviously Paps here, who's probably getting first shot at the one which he deserves after the year he had.

"I've always played in the halves so I've still been doing bits in the halves, and every now and then in the centres. I'm trying to widen my range as a utility player.

"We've had some good chats [with the coaches] about it. That's why I think I've been training a bit here and there at the moment."

Like Papenhuyzen, Hynes has benefited greatly from the mentorship of retired champion Billy Slater.

"He's unbelievable. He knows everything about every position. Obviously being, I reckon, the best fullback there's ever been, he's always been hands-on," Hynes said.

"He sends me video clips of things I need to work on or we have one-on-one meetings, one-on-one skill sessions after training.

"Me and Paps do spend a lot of time with him and I can't thank him enough."

After training with Melbourne during the 2019 pre-season, Hynes was officially signed to an NRL deal in May and feels he's improved substantially since.

"The culture is second to none here and everyone buys into what you do. We really base our training and games on effort-on-effort," Hynes said.

"That's what we do at training, we're always putting effort in, whether it's conditioning, games or 13-on-13.

"Everything that I'm learning I'm trying to put into play. Being here at the club has made me such a better player." 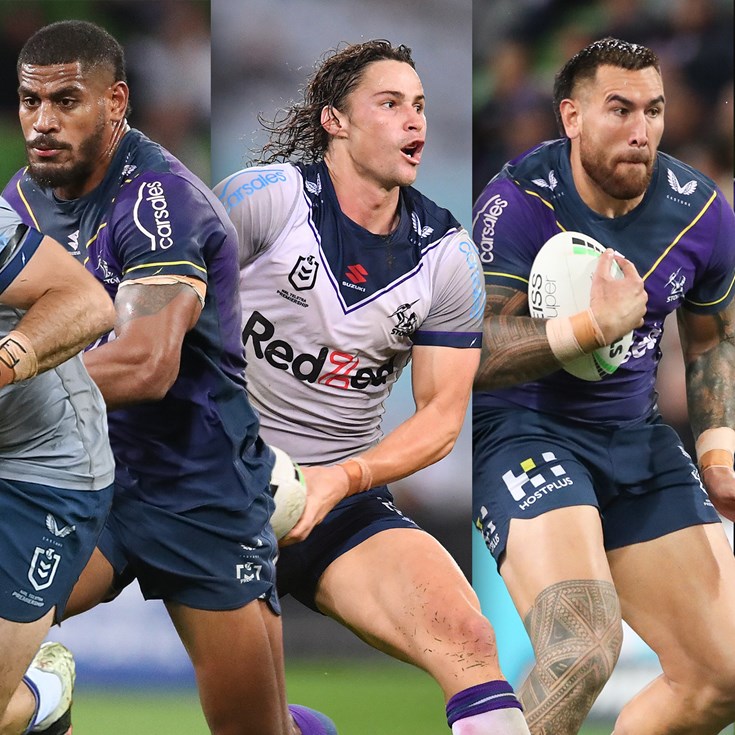 How Mackay mates got Grant through lost season to Storm debut