Storm halfback Jahrome Hughes says his side must be more patient in attack if they are to right the ship and beat the Eels on Saturday.

The Storm suffered a 12-10 loss to the Raiders on Saturday night, forcing them into an elimination final at AAMI Park.

Hughes felt the minor premiers' attack was disjointed at times against Melbourne and this is something that must be addressed quickly if they want to remain in the hunt.

"I think we can be a bit more composed in attack," Hughes said.

"We had our chances [against the Raiders], but we just couldn't ice it so it is back to the drawing board.

"We had a couple of sets on their line early and turned the ball over, so we have got to be better there and hopefully we are this week."

Melbourne's task won't be easy as they host an Eels side high on confidence following a 58-0 drubbing of the Broncos on Sunday.

Despite their next opponents' massive win, Hughes said it was crucial for the Storm to focus on their own preparation.

"This week at training we have got to be just looking at ourselves," he said.

"There are things there we need to be better at and that has got to be our main focus.

"We conceded the first try [against the Raiders] and we don't really like doing that.

"When we are playing our best footy we do start fast and are aggressive, so that is something we have got to work on."

Hughes has been the Storm's first-choice fullback for the majority of the season but has worn the No.7 jersey over the last month to make room for impressive youngster Ryan Papenhuyzen in the starting side.

Vunivalu flies high to get Melbourne their first try

Hughes said he had trained alongside Munster for large parts of the season, so making the change late in the year hadn't been as difficult as many would expect.

"I have got some great players around me ... I have been training there during the season, so that made it easier when we did make the switch,” Hughes said.

"I don't really mind where I play ... I am just happy to be in the team wherever I get put." 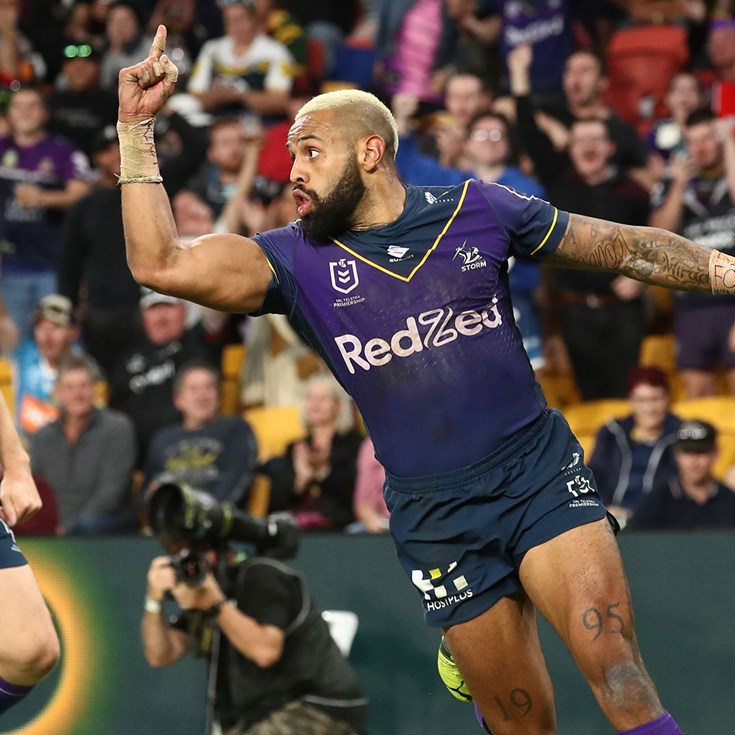