Melbourne Storm will enter the finals in fine fettle on the back of a three-game winning streak that was completed with a clinical 24-16 victory over the Cowboys at AAMI Park on Friday night.

It may not have been their most impressive performance of the season, but the triumph will mean the league leaders enter the first week of the finals in winning form and with some all-important momentum.

Just who they will face in the first week of the post-season remains to be seen, with the Rabbitohs their most likely opponents in Melbourne should the fourth-placed Raiders defeat the Warriors on Saturday.

An upset victory by the Warriors at GIO Stadium will see the Raiders travel south next weekend, but the Storm will be confident of taking on all comers after finishing the season with their 20th win of the campaign against the Cowboys.

The Storm ran in four tries to three against the visiting Cowboys, with Sandor Earl, Nelson Asofa-Solomona, Will Chambers and Max King all getting on the score sheet for the competition pacesetters.

But it was perhaps the performance of dynamic fullback Ryan Papenhuzen that stood out most, with the 21-year-old running for a career-high 300 metres that should settle the debate once and for all just who starts at the back for the Storm during the finals.

While the Cowboys battled hard for the majority of the contest and showed glimpses of being able to keep up with the Storm, the result was never really in doubt as the premiership hopefuls kept the 12th-placed side at bay.

Youngster Murray Taulagi, in-form winger Kyle Feldt and veteran Gavin Cooper scored tries for the visitors, but there was no fairytale finish for Paul Green's side as the Cowboys finish the campaign with a disappointing 9-15 record.

The visitors scored the opening try of the night and it came against the run of play when skipper Michael Morgan found Taulagi out wide in the 18th minute.

That seemed to spark the Storm into action, with Earl scoring moments later and Asofa-Solomona barging over on the stroke of half-time as the hosts took a 12-4 advantage to the sheds.

Chambers got in on the act two minutes into the second half to extend the Storm's lead, before skipper Cameron Smith pushed the advantage beyond two converted tries when he kicked a penalty goal from straight in front with half an hour remaining.

Drinkwater with the sublime flick pass to Feldt

Feldt gave the Cowboys a lifeline when he caught a spectacular ball from former Storm flyer Scott Drinkwater to cross over out wide, before King sealed the points for the hosts when he barged over from close range in the closing stages for his first try at the Storm.

Cooper finished off a spectacular long-range try as the Cowboys grabbed a late consolation but the Storm cruised home and were presented with the JJ Giltinan Shield in front of their loyal fans. 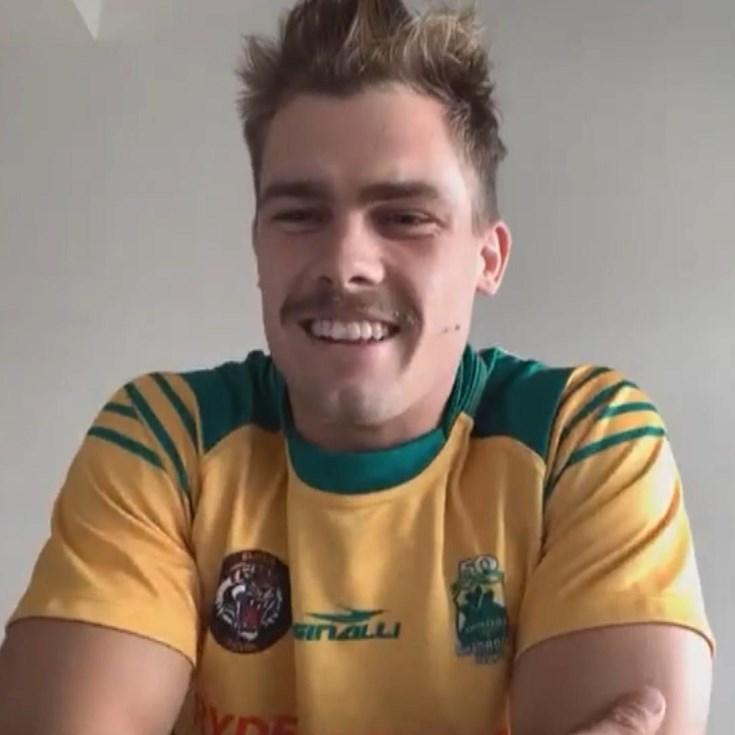 Asofa-Solomona continues his devastating form close to the line