Ryan Papenhuyzen is only 19 games into his NRL career at Melbourne but is already showing all the attributes of taking an opportunity when he sees it.

Storm coach Craig Bellamy opted to experiment with the young gun at fullback a fortnight ago and that decision has proven a big breakthrough for the 21-year-old with Brodie Croft's usual position at halfback now under a serious cloud ahead of the finals series.

Papenhuyzen has jelled almost seamlessly since Jahrome Hughes moved into Croft's vacant No.7 jersey and it now appears to be his position to lose.

Prior to that he'd been biding his time coming off the bench for the ladder leaders or filling in for an injury and during the Origin period.

"It's funny how it all happens and shows a year in footy is a long time," Papenhuyzen said.

"We were lucky to be four points clear coming into the [Manly] game. We had the flexibility to move a few things around and make sure our attack is a bit more polished.

"Me being a bit selfish I don't want to lose my spot in the side now so I'm going to do whatever I can and have the boys working around me doing well."

Papenhuyzen believes his introduction to first grade as a super substitute this year has helped him understand different positions across the paddock.

The former Wests Tigers lower grader has ranged from playing one to three minutes on the paddock to competing just his fifth full game this season against the Sea Eagles on Saturday.

"I've definitely built an appreciation for the middle a lot more," Papenhuyzen said.

"When the middles are turning around and looking at me pointing them into positions I know how they feel now."

Papenhuyzen will line up opposite former Storm fullback Scott Drinkwater in the final round of the regular season against North Queensland on Friday night.

The pair were teammates slugging it out for the Storm No.1 jersey just eight months ago, a testament to the Storm set-up that is delivering a quality production line of fullbacks in the wake of Billy Slater's retirement last season.

Drinkwater's departure before the June 30 cut-off eventuated for further opportunity, rather than on talent.

"I don't think you'd last long at the Storm if you don't fit into their system and don't believe in what they believe in," Papenhuyzen said.

"Everyone buys into it and it comes in handy at this time of the year. I think we've just got real simple jobs and if everyone does that your natural ability runs its course.

"It will be good to come up against him, he still keeps in contact with the boys. He's playing good footy and they'll be hungry to finish the year with a win. We won't take that lightly." 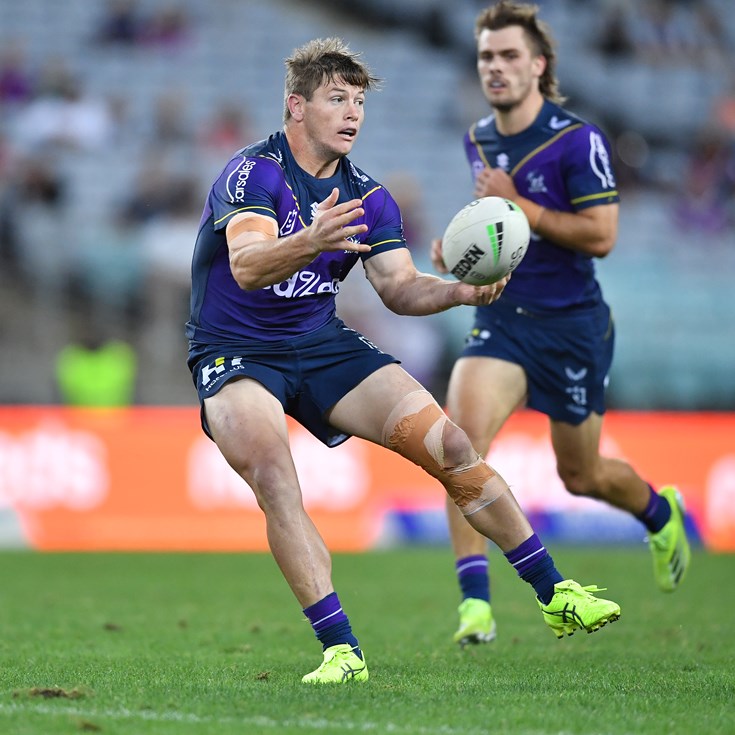 Presented By Ampol 1 week ago