The war of words between the Storm and the Rabbitohs has continued, with veteran Melbourne coach Craig Bellamy returning fire over recent accusations of dirty tactics directed at his side.

The Rabbitohs weren't happy with the way the Storm went about their business during their 10-point loss to the league leaders in Gosford on Sunday, with football boss Shane Richardson querying the wrestling tactics and the special treatment afforded to Melbourne skipper Cameron Smith during the clash.

Richardson also wondered whether the Storm played "within the spirit of the game" and Bellamy has taken umbrage, responding to those claims by taking aim at the Rabbitohs and their recent record with the NRL Judiciary.

"They (the Rabbitohs) have had a couple of guys at the judiciary the last couple of weeks and I don’t know whether that is in the spirit of the game either," Bellamy said at AAMI Park on Friday morning.

Bellamy said any claims against the tactics employed by his side were unfounded and merely a ploy to disparage the work ethic of his playing group.

"It always seems to come up at this time of year," the Storm coach noted.

"It’s like all we do at training is plan to take shortcuts or plan to exploit rules when this group is probably the hardest-working group I have ever worked with here at the Storm and I have been here 18 years.

"These young guys work really hard and that’s why where we are on the ladder.

"We are not doing anything wrong, so we are going to continue to do what we are doing."

While the recent spat is sure to be reignited if the Storm do match up against the Rabbitohs again during the post-season, the league leaders will be putting all their efforts into quelling another premiership aspirant when they host the Raiders on Saturday.

Bellamy will take on former Raiders teammate and close friend Ricky Stuart when the two teams meet in Melbourne and the Storm coach knows his side will need to be at their best if they are to maintain their six-point buffer at the top of the ladder and move one step closer to clinching the minor premiership.

The Raiders were beaten 22-18 by the Roosters in Canberra last week, but Bellamy expects the Green Machine to arrive in Melbourne trying to prove they are a premiership threat.

Bellamy said he had watched many of the Raiders' recent matches and he had especially been taken with the efforts of hooker Josh Hodgson to successfully strip the ball when other tacklers drop off.

Hodgson has 11 of the Raiders' 23 successful one-on-one strips this season and Bellamy has urged his players to be on high alert when the veteran is around.

"Hodgson is an expert at it and a couple of the other English boys are pretty good at it too," Bellamy said.

"They have had a whole heap more than anybody else so it’s a thing they obviously practice and are good at.

"It's in the rules so we just need to be aware of it tomorrow when the sneaky No.9 comes in and wraps his arms around the ball."

Bellamy said Kiwi fullback Jahrome Hughes (back) and young gun Ryan Papenhuyzen (foot) only had to get through training on Friday to make their return from injury against the Raiders.

The duo missed out on the victory over the Rabbitohs but have trained well this week in the lead-up to Saturday's clash. 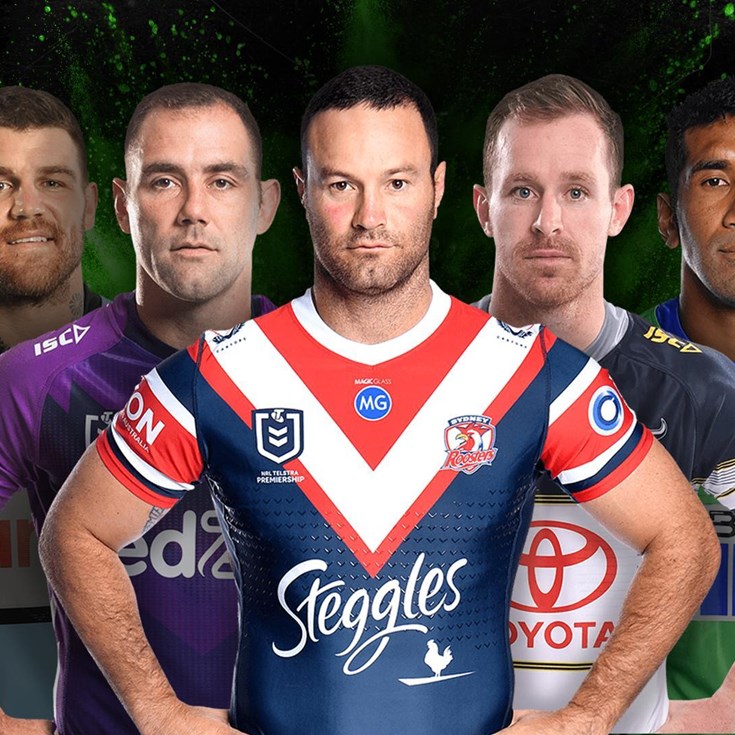 Munster's vote of confidence for next wave of Storm troopers