An inability to convert a mountain of attacking possession into tries has been one of the key struggles for the Dragons, Cowboys and Broncos in 2019.

Arguably the three clubs that have most underperformed this year relative to expectations and roster strength, the trio share a struggle to turn field position into points.

They are taking two full sets' worth of attacking play the balls (PTB) to score a try – as against just over one set per try for the best teams.

The six-worst strike rates inside the attacking 20 belong to those three teams, plus the two clubs running last and second-last. The other side in the equation is the fifth-placed Sea Eagles, surprisingly.

Manly's 12.5 attacking PTBs per try is the fourth-worst strike rate. They have dominated field position – they have enjoyed the equal-most attacking positions alongside the Dragons. They are also, as NRL.com revealed last week, the third-best side in the competition at scoring long-range tries.

The Dragons are arguably the real underperformers after enjoying the equal-most attacking play-the-balls of any club this year yet still sitting in 14th with the fifth-worst attack overall. Their Origin-studded forward pack is getting them within range but the strike players aren't cashing in.

At the top end, it's no surprise that the best-attacking team in the competition is the most dangerous from within 20 metres. It takes the Storm just 8.3 good-ball rucks to breach their opponents' line on average.

The NRL's second-best attacking side, the Roosters, are surprisingly down in sixth for short-range success but are the best long-range side.

The Rabbitohs, with their battery of big men and the most dangerous dummy-half in the business, are the second-best team from close to the line while the improving Sharks are the third-most lethal once they get in range.

Perhaps surprisingly, of the six clubs that score at better than once per 10 attacking play-the-balls, the Warriors are fourth-best and Panthers fifth-best.

Penrith's halves came in for a mountain of criticism early in the season for failing to turn attacking sets into points but at this stage of the season that appears to be the least of their problems.

The Panthers have actually had the fewest attacking play the balls of any club this year with just 374.

They are the only club to average fewer than 20 attacking PTBs per match. They are also the most-penalised side and have the third-most errors.

If they can improve their discipline and get in range more often they should have no trouble scoring points.

Almost 80 per cent of all Penrith's tries have come from PTBs within 20 metres – the highest proportion of any clubs. At the other end the Eels, Roosters and Sea Eagles score barely half their total tries from short range.

Every try from Round 20

The Warriors are one of the better-behaved teams when it comes to both errors and penalties and one of the best at turning position into points but still the fourth-worst at earning attacking play-the-balls, as well as being one of the least successful at scoring long-range tries.

They are mid-table for attack overall; their biggest issue is points conceded with the NRL's third-worst defensive record. 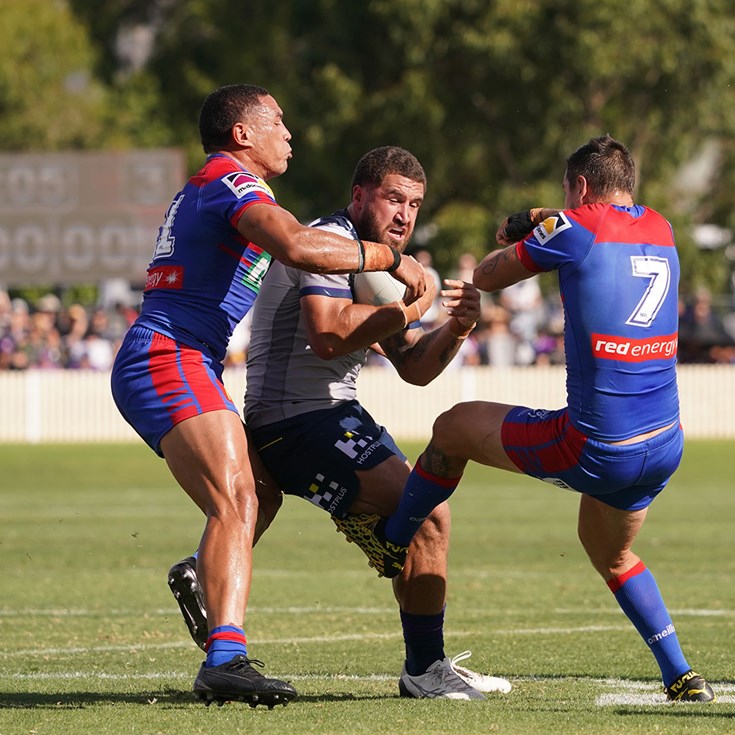