Melbourne is set to take centre stage on the rugby league calendar next season after the NRL announced the 2019 draw today.

The 2019 NRL season will kick-off in the sporting capital of the world with Storm and rivals the Brisbane Broncos to go head-to-head in a Thursday night season opener at AAMI Park on March 14.

A month later Cooper Cronk will return to AAMI Park for the first time when he takes on his former side in a Good Friday, Grand Final re-match.

The marquee clash will begin a massive week for rugby league in Victoria with Storm's traditional ANZAC Day blockbuster against the Warriors to be held just six days later.

Following the success of State of Origin at the MCG this year and the scheduling of the All Stars game at AAMI Park in February, 2019 – Victorians are being rewarded for their unwavering support of Storm and rugby league over the last two decades.

The second half of the season will see arch rivals Cronulla come to AAMI Park in a Round 17, Saturday night clash during the July school holidays.

Storm will also play three of its final four games at home – two of which will be in popular Saturday and Sunday afternoon timeslots while the final game of the year will be against the Cowboys. The final home game of the season for Melbourne is now a marquee fixture, having attracted crowds of more than 20,000 for the last three consecutive years.

The 2019 draw gives Melbourne fans the chance to see their team in family-friendly timeslots with two Sunday afternoon games and four consecutive Saturday home games during the middle of the season. There are also two additional home games being played on public holidays (Good Friday and ANZAC Day).

The NRL has also unveiled its fixturing for the inaugural Magic Round next May, when all 16 teams will play at Suncorp Stadium in a blockbuster weekend. Storm will feature on the Saturday night at 6.30pm against the Parramatta Eels – the game will replace the NRL Double Header of previous years to ensure the Club will continue to play 11 home games at AAMI Park in 2019.

Following another season of strong television ratings Storm will once again feature heavily on the NINE Network with 12 games to be shown on free-to-air television – six of these will be away games (up from five in 2018). All 26 rounds will once again be simulcast on Fox League, who are great supporters of Storm and the NRL.

Storm CEO Dave Donaghy said there was plenty for the Club's members and fans to be excited about in the 2019 draw:

"To kick-off the 2019 NRL season in Melbourne is an exciting opportunity for our Club, our city and our loyal members, especially on the back of the All Stars game also being held at AAMI Park in February.

"In April we have a massive seven days with a Good Friday, Grand Final re-match against the Roosters before our traditional ANZAC Day blockbuster against the Warriors – it will be a fantastic week for rugby league in this state.

"Six Saturday and Sunday timeslots in addition of two games on public holidays will be great for families, giving Victorians every opportunity to get to AAMI Park to cheer on their side.

"We are also looking forward to continuing to work closely with our host broadcast partners, with 12 games free-to-air on the NINE Network as well as every game simulcast on Fox Sports. Every game will be accessible to every Storm fan next year which is important to us and a fantastic opportunity to showcase the Storm brand to a national audience."

Melbourne Storm 2019 members are already on sale! Sign up today. 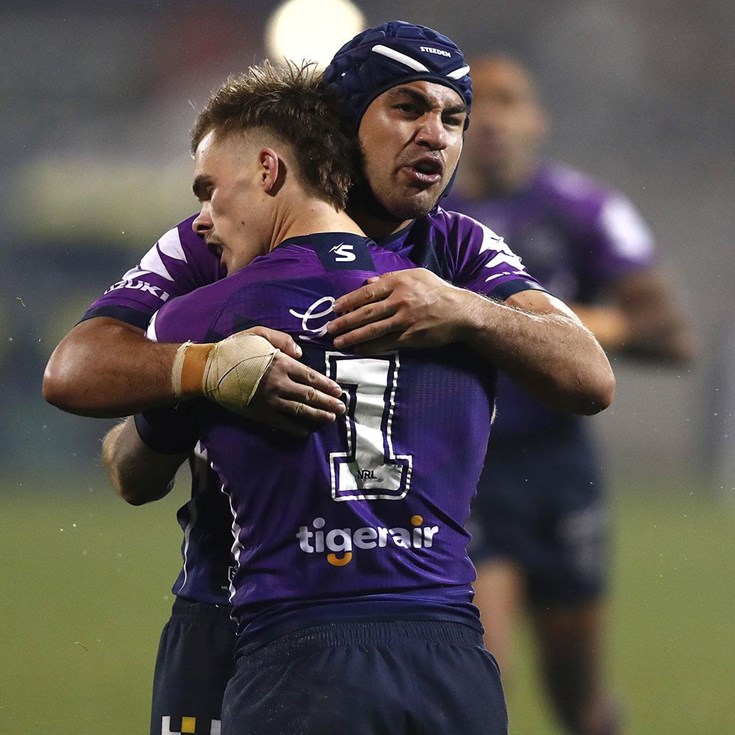 Storm: A breeding ground for fullbacks

Papenhuyzen proved himself as the go to man