If it was not for a phone call to the local barman, Billy Slater would never have become a Melbourne Storm player.

Sporting clubs are often shaped by 'sliding doors' moments that come about through a mixture of judgement, cleverness but above all, pure luck.

That was certainly the case with how a former apprentice jockey landed in Melbourne and went on to become the greatest fullback of all time.

It was on a typical day at Brisbane Norths rugby league club when the phone rang behind the bar.

The Club barman wandered over, picked up the phone and the conversation went as follows.

Ron Slater: "Hi, my son and his cousin were hoping to come down and have a trial at Norths"

Barman: "Oh geez, I don't know much about football mate but I'll ask the question"

So the proposal was made and the decision was simple - 'If a kid is willing to jump in his car and drive 20 hours south from Innisfail to play footy, we'll give him a crack.'

Ronnie's son, Billy, turned up a week later and so began the opening chapter to one of rugby league's greatest stories.

Norths were a feeder club of Melbourne Storm at the time, playing in the Queensland Cup. It would also prove to be the breeding ground for the likes of Cameron Smith, Cooper Cronk, Greg Inglis and many more.

Billy Slater was given the chance to trial and went okay in his first hit-out though nothing outstanding. However the following week he showed a bit more promise.

"Mark Murray said to him 'look, we'll give you a basic contract and if you get yourself a job and some accommodation, you've got a contract here'," Storm founder and inaugural CEO John Ribot said.

"To Billy's credit, for someone as young as he was, within a few weeks he got himself a job, some accommodation and was set up.

"For the first few months he ate rice as his staple diet to keep himself going, you could just see the determination."

It did not take long for word to spread about this talented kid from Innisfail and suddenly Melbourne had some serious competition on their hands.

The crucial moment came when Slater was running around one day for the Brisbane Norths Colts side. He was still on a basic contract so he was up for grabs for Clubs looking to sign him to first grade.

Ribot flew up that day to watch the game and just so happened to find himself watching on with Broncos coach Wayne Bennett.

"We were having conversation and he was quite chatty but whenever Billy got the ball he was more concentrating on what Billy's actions were rather than talking to me," Ribot recalls.

"I remember saying to Mark Murray after the game - 'make sure we sign this kid up because I'm pretty sure the Broncos are after him.'

"It ended up taking us a week or two to sign him but certainly the Broncos did make contact with him. He was one we were able to keep so we were very fortunate there."

Fast forward through 313 unforgettable Storm games, Slater has now announced this 2018 season will be his last.

The future immortal has a highlights reel that will continue to be viewed by generations to come but arguably his biggest legacy is the undeniable role he has played in putting rugby league on the map in Victoria.

"He is an inspiration to all sporting people in Australia," Ribot said.

"Like Cameron (Smith), parts of his game have changed the game, with his defence and the way he attacks the football.

"He is the sort of player that just brings people through the gate, he is an excitement machine and certainly the best fullback I've ever seen." 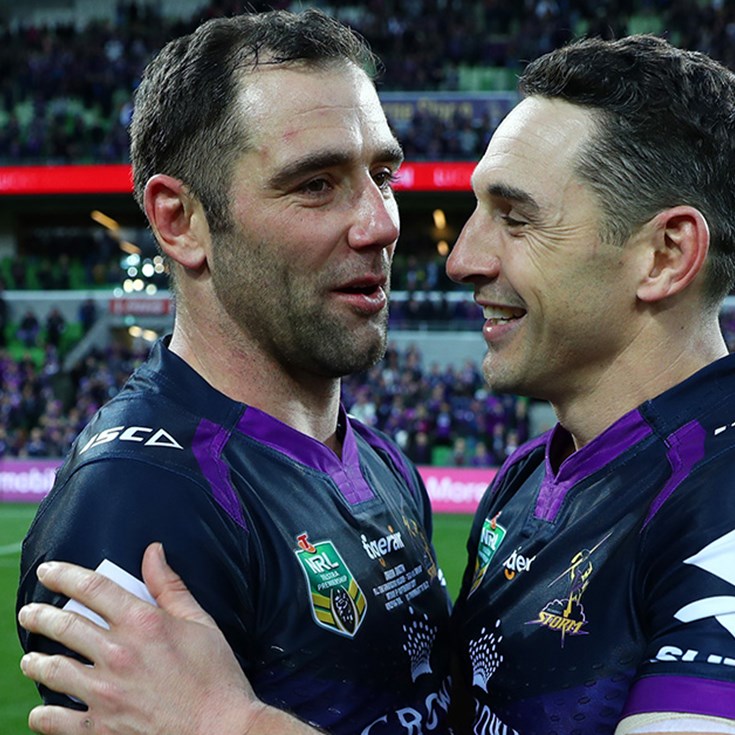 In our shoes: Mel Hoffman