A band of brothers behind enemy lines.

7' Try Sea Eagles. They strike first and Daly Cherry-Evans adds the points for a 6-nil lead

11' Curtis so close! He was fingertips away from snatching an intercept but knocks on

12' Try Sea Eagles. Shaun Lane scores his second in similar fashion to his first. We trail 10-nil after the missed conversion

17' Christian Welch has left the field for a HIA test

21' Jesse Bromwich off the bench for his first taste of action in four weeks! 💪 #purplepride

25' Penalty Sea Eagles. Cherry-Evans converts the two from in front of the posts. We trail 12-nil

29' Christian Welch will not return tonight following a HIA test

35' TRYYYY! VUNIVALUUUU! The Fijian Flyer makes it 7 tries in 3 games at Brookvale

33' Vunivalu strikes in the corner

HALF TIME: A tough, close contest. Would you expect anything less? #purplepride pic.twitter.com/ZL8GvBoWrw

41' Back underway in the second half

47' OUTSTANDING Brandon Smith! His diving effort forces a goal line drop out. Exactly what we need

65' Curtis Scott so close!! He just loses the ball on grounding and we remain one point behind. 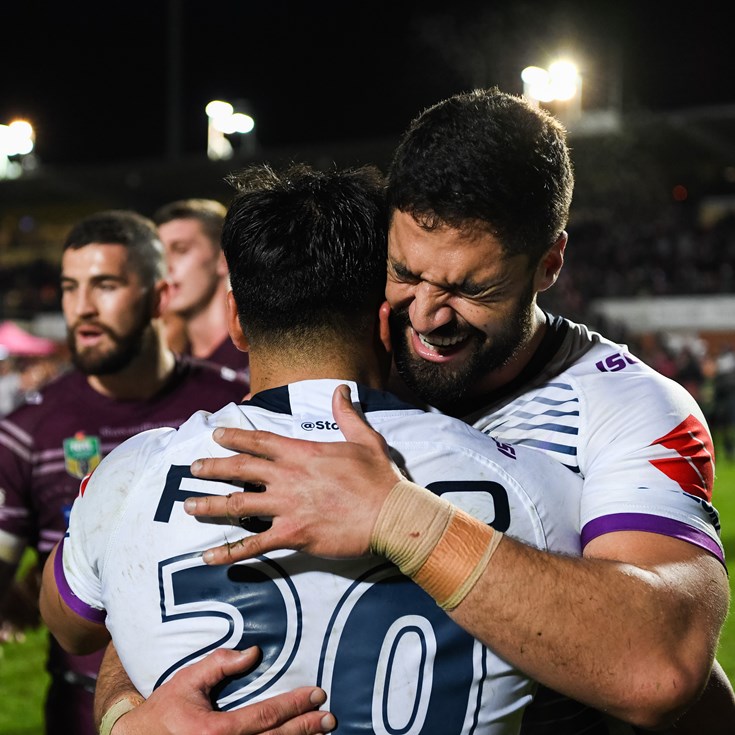