Face to face with Cooper
The moment we hoped would never come is finally here. Cooper Cronk will line up opposite rather than alongside Melbourne Storm at the Adelaide Oval. It will be a site that will likely have the purple faithful still scratching their heads right throughout the 80 minutes. The mercurial halfback played 323 unforgettable games in the purple jersey to depart the Club at the end of last year as an all-time great. It will be fascinating to see him go head-to-head against his Premiership halves partner Cameron Munster - two players great contrasting in style but equally crucial to the chances of their respective sides.

Rep stars to miss
Majority of players from both teams who took part in last weekend's representative round will play on Friday night. For Melbourne, only Felise Kaufusi will miss, with an ankle complaint proving too difficult to overcome on the back of just a five-day turnaround. The Roosters will be without co-captain Boyd (concussion) and Jared Waerea-Hargreaves who was delayed on his journey back from Denver and not quite able to prove his fitness in time.

The Return of Billy
For the first time in six weeks Billy Slater looks set to return to the No.1 purple jersey. Slater has not played for Melbourne since captaining the side in Round 11 against Manly. A hamstring injury and Origin duty have been the cause of the absence but if Origin II is anything to go by, Slater is ready to fire. He looked back to his best standing behind the line for Queensland, getting involved in everything and having the opposition second guessing whenever he took possession. Slater's attacking brilliance will be key to breaking the Roosters' line.

A showdown in Adelaide
For the second straight year Storm and the Roosters lock horns at the Adelaide Oval and if last year's fixture is anything to go by, the locals should turn up in their droves. It was a Mitchell Pearce field goal that stole the result for Sydney at the death last time out. This time around the result of this contest could have a significant bearing on the second half of the season. Storm and the Roosters are in fifth and sixth place respectively, locked on 20 points apiece. The winner will move closer to the top four while the loser drops back to the chasing pack. There is everything to play for in Adelaide. 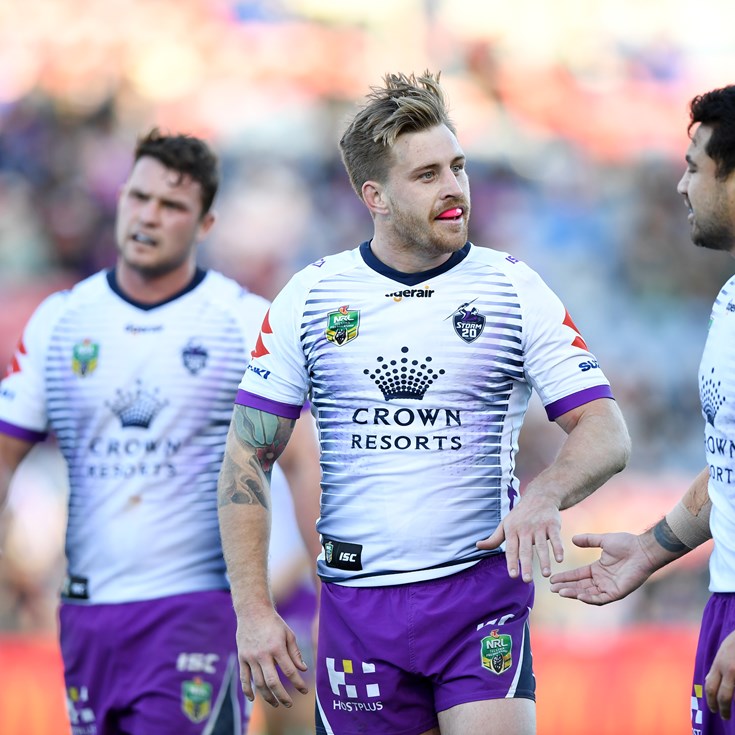