If he proves as difficult to tackle as his surname, then Queensland Under 18 representative Tino Fa'asuamaleaui could well have a big future ahead in the NRL with the Melbourne Storm.

"It's funny, I saw his name on the board the other day and asked a few of the coaching staff: 'How do you pronounce that?'," Storm coach Craig Bellamy told QRL Media when asked about Fa'asuamaleaui's development.

"I couldn't pronounce it and neither could they, but we all agree he is a good kid, extremely passionate about his footy and like a sponge when he's around the club's senior players."

Fa'asuamaleaui will make his third appearance for Queensland in next week's Under 18s interstate challenge, after playing for the Under 16s in 2016 and the U18s last year as well.

Fa'asuamaleaui had been part of Brisbane's development program from the age of 12.

Born in Orange in New South Wales, he then moved to the small rural country town of Widgee, west of Gympie, which has a population of less than 1000,

He regularly trains with the Storm while playing for the club's feeder club, Sunshine Coast Falcons, in Queensland's Intrust Super Cup.

As a kid growing up he watched State of Origin in the family loungeroom with his younger brother Iszac, his sister Olivia, mother Dianne and father Fereti.

In 1995 Fereti - a more than handy rugby union player in Samoa until switching over to rugby league - became good friends with the late Arthur Beetson when Beetson was visiting the Pacific Islands.

Beetson saw potential and invited Fereti to the Roosters, where he played some reserve grade.
They even lived together for some months in Bondi.

Fa'asuamaleaui's mother, Dianne, recalled seeing Beetson about a year or so before he died on the Gold Coast.

"He asked me about the boys (Iszac and Tino) and when could he could get them down to the Roosters.

"He often said to me if they were anything like their dad, they'd be pretty good.

"I told Artie: 'Leave them alone they're too young'."

Tino never went to an Origin game growing up.

"I used to sit in front of the television with my family but I remember how excited I was, wishing that I could have been there."

But he had another favourite, the 'Raging Bull', Gorden Tallis, because of the way he played the game.

"I always liked his aggression when I was growing up. I try and play that way, I like to play with aggression I guess," he said.

"I want to come off the field knowing I have given it everything I've got, that I have competed 100 per cent to the last breath and done everything I could to beat my opponent."

His biggest inspiration and influence growing up on his football and his life were his parents.

"As kids we used to mow the lawns and do the little things around the house. Our parents gave us humble beginnings and I would not be where I am today if it were not for their love and support," he said.

"They would drive miles to get me to games and make the effort to be at my games. They supported my brother and sister the same way.

"We a very close family. We keep in contact every day even when we are miles apart."

Bellamy has been impressed with the 18-year-old's development in the short time and his attitude since he linking with the Storm late last year.

He signed a contract earlier this year.

"He did our full pre-season with us and he still does a lot of our (training) sessions," said the Storm coach.

"He's a good size, he is quite mobile and he is aggressive.

"The other thing I really like about him is he is very inquisitive, he's always asking questions of the senior players and I really like the passion he has for the game.

"He still has to learn to run the lines and to get his timing right in different situations but I am sure he won't be too far away from playing an NRL game."

Tino admits to having a good laugh when people try to pronounce his name for the first time.

"People just call me Tino or Tino F, but it is funny listening to some of the pronunciations," he said.

If the kid from Widgee with four of the five vowels in his name continues to improve and lives up to Bellamy's expectations - it could be a name that rugby league commentators will be saying quite a lot in years to come. 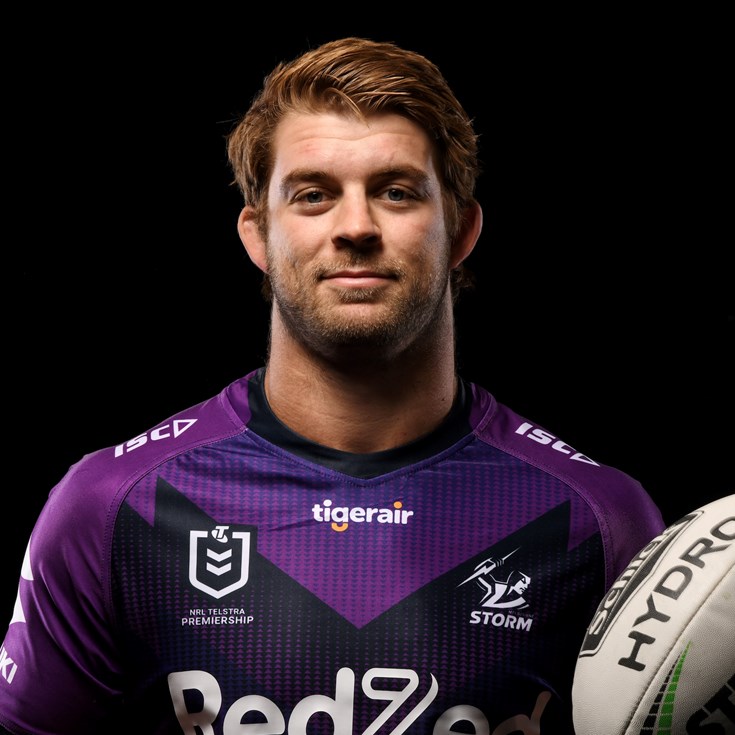 Christian Welch's act of kindness during this tough time

At home with Craig

Up and back in one day: Round 2 v Cronulla