A rivalry continued
When our most bitter rival comes to town it is always a date to circle in the calendar at the start of the year. Think the Battle of Brookvale, the Kurt Mann miracle at AAMI Park or any one of the epic finals they played out in the late 2000s and it instantly gets the blood flowing through purple veins. On Saturday night the next chapter is added, with fireworks no doubt a necessity when these two teams meet.

Score points, Storm win
If the opening 10 rounds have proven one thing, it is that when Storm score points, they win. Melbourne have scored an average of 36 points in their six victories so far this season. It is a huge number and shows just how damaging this side can be when the attack is clicking on all cylinders. Josh Addo-Carr is the main weapon, with The Foxx currently the leading try scorer in the competition with 12 to his name, including 10 in the last five games.

Captain Billy
Billy Slater will captain Melbourne Storm for the first time in his career on Saturday night. The superstar fullback will add the honour to his illustrious list of achievements when he leads his teammates onto AAMI Park against arch rivals Manly. The elevation comes after Cameron Smith on Monday accepted an early plea from the NRL Judiciary which saw him receive a one-week suspension. Slater is sure to fondly remember his 309th NRL games when he assumes the captaincy duties in Smith's absence.

Sea Eagles find their groove
It had been coming for a few weeks and at the Brisbane Double Header it finally all came together for Manly. Trent Barrett's boys rode into Suncorp Stadium and put 38 points on the Broncos in a comfortable victory. The result followed narrow defeats to the Knights and the highly fancied Roosters. Despite headlines suggesting the contrary, the Sea Eagles are in better form than the pundits would have you believe. 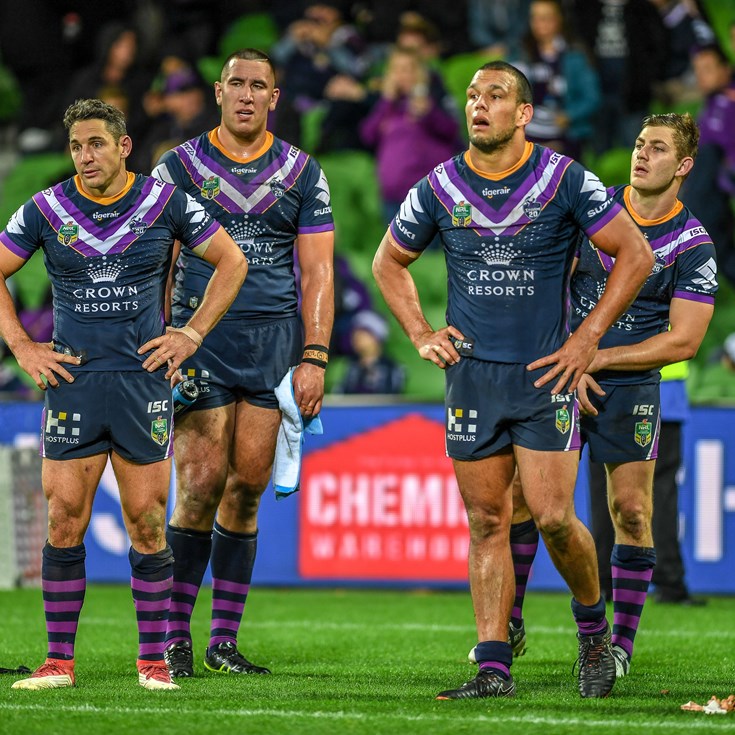 Bellamy not buying into timekeeping discussion