Melbourne Storm can confirm Tim Glasby will depart the Club at the end of the season.

The 29-year-old will leave Storm after six seasons in the purple jersey in which he took his career from the Queensland Cup to State of Origin.

Glasby made his NRL debut for Melbourne in 2013, having been recruited as a mature-aged player from the Central Queensland Capras in the state competition.

Within two years the Rockhampton-native had entrenched himself in Craig Bellamy's side on the back of his outstanding work ethic and team-first mentality.

That approach saw Glasby become a beloved member of the Storm pack and in 2017 had his name forever entrenched in the Club's history after playing a key hand in a Premiership side.

Midway through last year he was also rewarded from his years of consistency with a call up to the Queensland team for the State of Origin series.

This year Glasby was also promoted to the senior leadership group at Storm after spending the last three years as an emerging leader.

Storm Football Director Frank Ponissi wished Glasby and his family all the best for the next stage of his career.

"Whilst we are disappointed to lose a player of Tim's quality, we understand his decision was in the best interest of his young family.

"Tim came to Melbourne after several years in the Queensland Cup and off the back of hard work not only established himself in the NRL but became an Origin player.

"His story is inspiration to any young player who may not take the direct path to first grade but can get there on the back of a strong determination to get the best out of themselves." 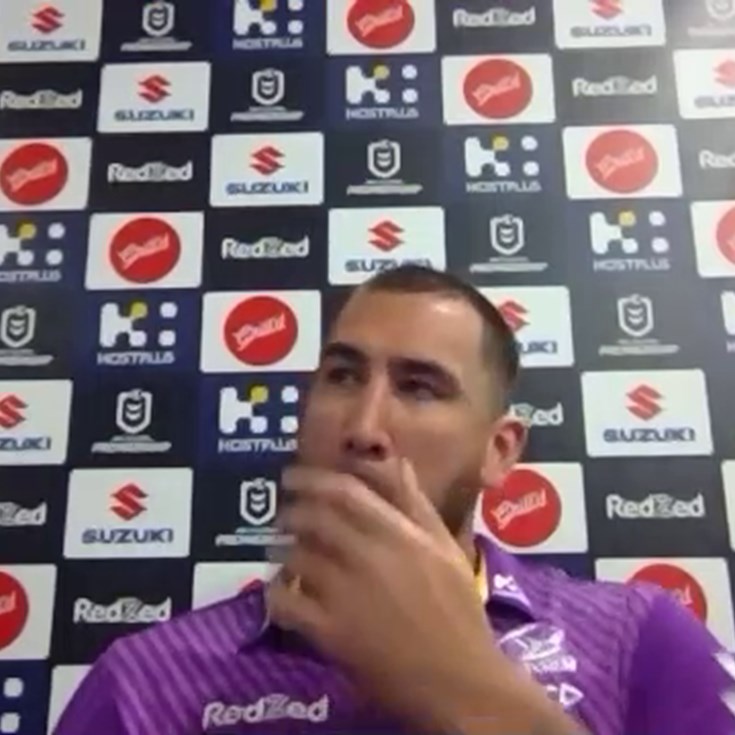 Asofa-Solomona: 'I'll need to step up with Jesse out'

Sponsored By McCafe 1 hour ago