After two years on the fringe it appears that this could be the year Felise Kaufusi earns his Maroons jersey.

Fittingly his statement came on the very ground that will be painted in Maroon when State of Origin rolls around in a month's time.

After an injury-interrupted start to the season the 25-year-old showed on Saturday night that he is back to his stellar form of 2017.

His try in the 50th minute was in try Kaufusi style, straight through the hole and once he gets sight of the line he is simply too powerful to stop.

Most pundits are convinced that Queensland coach Kevin Walters should call upon Kaufusi to replace the injured Matt Gillett and it appears the rising star's Club and state captain is among the chorus.

"I think he can certainly handle it," Cameron Smith said.

"I think Felise is still finding that full match fitness that he had last year. He had a bit of a delayed start to the season where he missed the first three or four games so he is building into that fitness.

"You see tonight when he gets opportunities he is a powerful kid. He is quite smart on the field too, he is building into that back row position nicely.

"If he gets an opportunity in Origin he is going to be a handful for New South Wales." 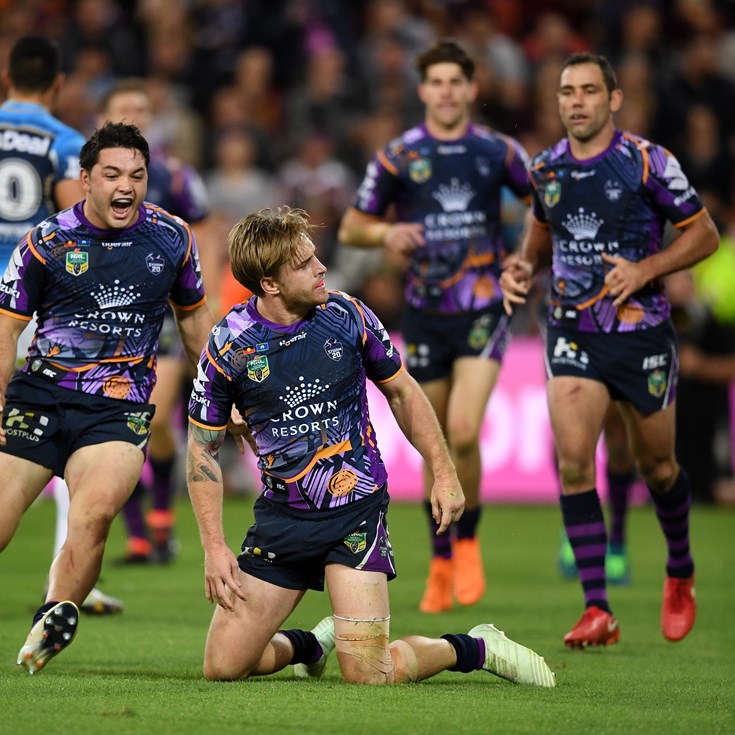 Olam opens up on Storm debut

Bellamy names side to bounce back