Storm skipper Cameron Smith knows his side has a big week on the training track ahead of them but is confident they can bounce back.

Early season rust could be to blame though Storm will not have to wait long to make amends in front of their home crowd with just five days until the Cowboys come to town on Thursday night.

“There were some basic errors out there tonight which was frustrating,” Smith said.

“We had plenty of opportunities tonight to do things with the footy, we just weren’t good enough.

“That is about consistency, it is about being in the right position at the right time, running with intent and timing of your run. If one player doesn’t do his role properly it puts out the whole team which is what we are lacking at the moment – a bit of cohesion throughout our side.” 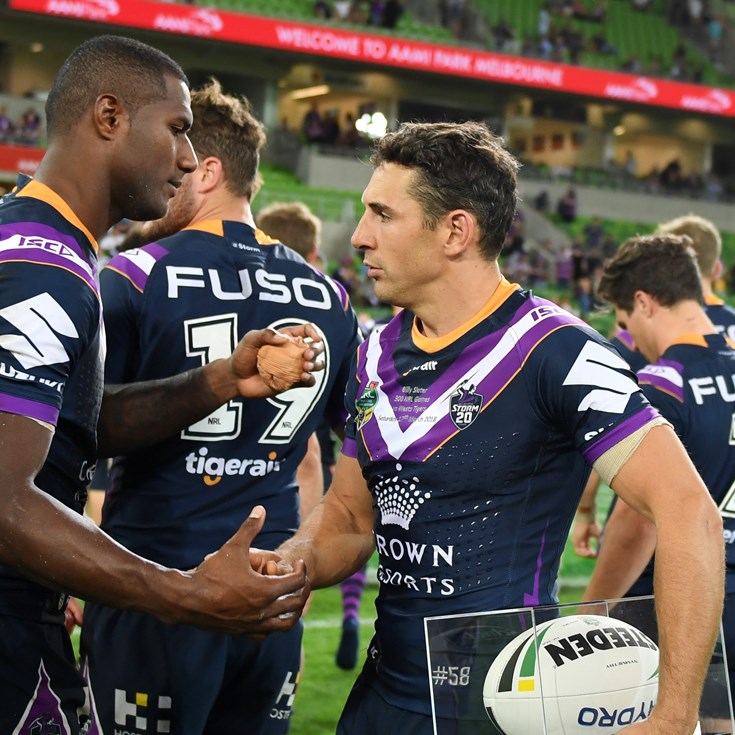 We owed them more: Bellamy